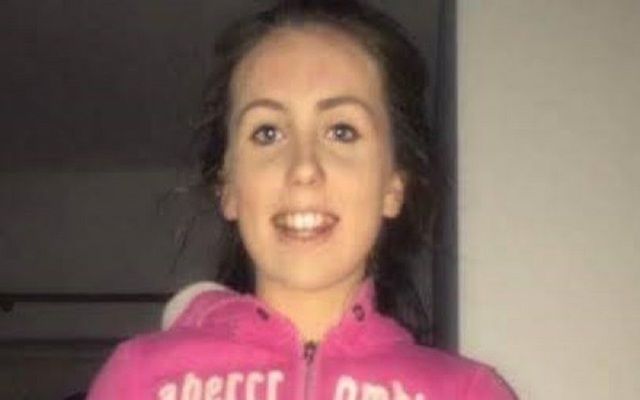 Clodagh Hayes has been hailed a heroine for saving young boy from drowning Breakingnews.ie

A young teenager is being hailed a heroine after she rescued a boy from drowning in the River Lee in County Cork this past Monday evening, May 8th.

Clodagh Hayes, a 13 year old girl from Cork, was able to rescue the young boy who had been diving off a pier on the River Lee with friends when he came into difficulty after being dragged out by the river's current.

Clodagh, who swims for two hours every weekday morning, is member of both the Dolphin Swimming Club and Shannon Rowing club’s,. She was finishing up her rowing practice when she noticed the boy struggling in the water. Aware of the danger, Clodagh quickly and calmly assessed the situation and consulted with her father before making the attempt to rescue the boy.

Speaking to ‘The Neil Prendeville Show’ on the Cork radio station Red FM, Clodagh’s swim coach at Dolphin Swimming Club, Mick McCormack, told the presenter of the teens courageous exploits. “She finished rowing practice on Monday night down by the marina.

“There was a group of young teenagers and they were diving off the pier into the river. It was one of the teenagers younger brothers that had got into a bit of difficulty and then he started going under.”

Clodagh swam out to within a few feet of the boy and threw him a life buoy which he was able to grab hold of. Luckily both Clodagh and the young boy were both able to get back to dry land safely and no casualties occurred. McCormack added, “It was a tough call from Clodagh. There were other guys there who were involved in rowing, they’d be as aware that you don’t just jump in because they know the dangers as well.”

McCormack was quick to note that one of the most crucial mistakes people make is failing to assess the situation and instead choosing to dive straight into the water. McCormack said, “We encourage our students to go and learn life saving because with something like this we have strong swimmers but if you go out and somebody is drowning the adrenaline inside their body will tend to drag you down with them.

“That’s what we see across the country, swimmers that go in to save them and instead of one causality it ends up being two. Clodagh is such a strong swimmer she was able to pass the buoy to him as he was going under and he was able to hold onto it.”

McCormack was incredibly proud of how his top swimmer acted without panicking and how modest she was about the whole ordeal, and he didn’t find out about the incident until the following evening after Clodagh failed to divulge the details at their morning practice.

“It wasn’t until yesterday evening (Tuesday May 9th) that everyone realised what had happened and she hadn’t told anyone. She’s just so modest, she’d just get up, dry herself off and get on with it. She came out of the water and everyone was patting her on the back and she said I don’t know what all the fuss is about.”

In 2015, there was 122 drownings in Ireland, with 66 of those deaths deemed accidental. In the last 10 years over 30 children have died due to drowning. Irish Water Safety offers courses year round in trying to educate people in the best practices for water safety to prevent drownings and water related accidents.

Is this young teen an inspiration to encourage young people about water safety? Let us know what you think.