Shamrock Foods Company – parent company of Shamrock Farms and Shamrock Foods – was founded by his father in Tucson, Arizona, in 1922 with a Model T truck and 20 cows. 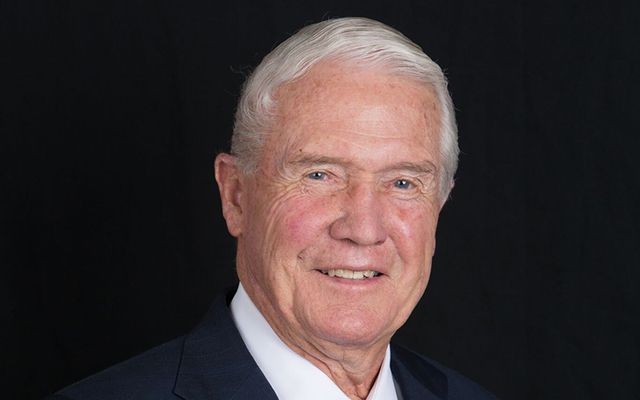 Arizona’s leading Irish citizen Norman P. McClelland, 90, of Phoenix passed away on July 11, 2017. He was born in Tucson on June 21, 1927, the son of Irish immigrants W.T. and Winifred McClelland. He spent his life in Arizona, moving to Phoenix in 1967 where he raised his family and grew the Shamrock business. He also enjoyed his residence in Coronado, California, and spent many summers there with family and friends.

McClelland was an iconic leader and leaves behind a tremendous legacy of leadership and devotion to public service. He was loved by all who knew him from Shamrock associates to customers to suppliers and to the greater community full of friends and family.  He personified Shamrock’s long-standing commitment “to treat associates like family and customers and suppliers like friends.”

The impact of Shamrock Foods Company extends far beyond the quality products it manufactures and distributes because McClelland believed that it’s just as much the company’s duty to give back to the community as it is to provide superior products.  Thanks to his leadership, Shamrock Foods Company is a significant contributor to community organizations in Arizona as well as communities across the country through its support for more than 80 nonprofit groups – many of which are education-focused. Shamrock Foods donates more than 450,000 pounds of food annually to local food banks.

Read more: After giving $2 billion to Ireland, Chuck Feeney ends his philanthropy there

Not only was giving back to the community a philosophy McClelland instilled in his company, but he himself served as a role model by actively supporting many charitable, business and community organizations including the St. Mary’s Food Bank Alliance, Phoenix Children’s Hospital, Phoenix Mountain Preserve, the Boy Scouts of America, Boys & Girls Club, and Interfaith Ministries, among others.

McClelland’s Irish heritage was a source of tremendous pride and he dedicated much of his time to ensuring that Irish culture thrives in Arizona.  He kept in close contact with his relatives in Ireland and frequently traveled there to visit family and friends. He was actively involved in the Phoenix Irish Cultural Center and led the charge to create the center’s 11,000-square-foot, state-of-the-art library. In 2016, he received the Presidential Distinguished Service Award for the Irish Abroad from Ireland's President in recognition for his commitment to promoting Irish culture and history.

McClelland’s always remained humble. His true passion was people. At every event, he would personally walk around and shake everyone’s hand. He had a keen sense of humor and was known for always having an Irish joke.

McClelland’s life was a true reflection of his commitment to God and his active participation in the Christian community.  He was a dedicated Presbyterian and a member of the Valley Presbyterian Church, where he served on numerous committees, often with his close “Band of Brothers” who met every week. His constant emphasis was serving others – something he carried with him through all facets of his life.

He is survived by his wife Barbara A. McClelland, son Kent McClelland (Celia), daughter Kathe McClelland and stepdaughter Heather Helser.

Memorial services will take place in both Phoenix and Tucson.