Are you Irish? A trip around Europe could cost you nothing for your 18th birthday 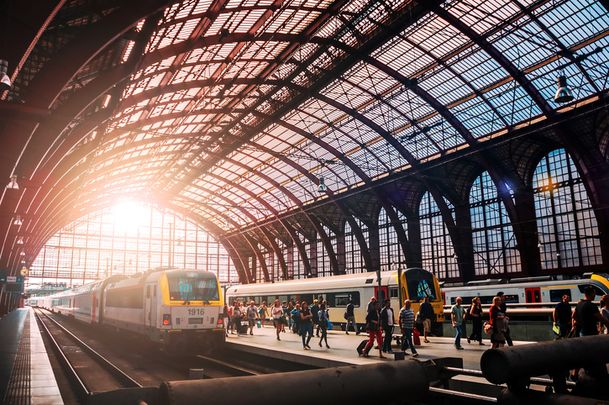 Trains and people boarding in the beautiful Antwerpen trainstation in Belgium.jpg iStock

Great news if you’re an Irish teen! European Union teenagers could be offered a free Interrail pass when they turn 18 years old as a birthday present. The Interrail pass allows EU citizens to travel around 30 European countries by train for up to a month.

The European Parliament has voted in favor of the proposal and it is now up to the European Commission to approve the final decision. The project was first launched in September 2016 by Christian Social Union (CSU) politician Manfred Weber, Chairman of the Group of the European People's Party (EPP).

The project has been proposed as a way to "strengthen European identity" and seen as “essential in promoting a sense of belonging in Europe, enhancing social cohesion and ensuring a competitive European economy.”

Weber is asking the EU Commission to fund this new scheme that will allow 18 year olds the chance to explore the many great countries within Europe, while getting to know their foreign neighbours and reduce prejudices.

Weber said, ‘The EU has to give them the means to discover who their neighbours are and what opportunities another member state can bring to any single European.’ The plan was first suggested by two Berlin activists, Vincent Herr and Martin Speer, before Weber took up the cause.

“This vote is just the first document that parliament produces in the annual budget procedure. It sets out the line that parliament expects the commission to take when drawing up its budget proposals and any proposal included in this is certainly a promising beginning.

“As a student, I was very fortunate to travel across Europe on an interrailling ticket and it was that experience that plays such a large part in my belief in the greatness of the European project and the importance that, particularly now in the wake of Brexit, we fight for the survival and continuing strengthening of the EU.”

However, opposition to the proposal have deemed it too expensive and could cost the EU Commission in the range of €2bn ($2.16bn) a year in funding, as well as working out a deal with public and private rail companies on the Interrail network. Reports last month in the Financial Times in London suggested that EU Commission may put forth an alternative proposal sighting costs as a major stumbling block. Instead funding may be given to schools in member states as a form of travel budget. This project would be worth €2.5 million ($2.7 million) a year.

Step by step towards a free #InterRail ticket for your 18th birthday: @EPPGroup will put this proposal on the @Europarl_EN agenda next week pic.twitter.com/tBj6wpugVw

The free Interrail ticket initiative is still on the 2018 EU budget and a draft for this will be drawn up in May. The European Council and European Parliament will then begin negotiations and will need to finalize the budget by the end of the year.

If either of these projects materialize it would exclude citizens from Great Britain on account of their decision to leave Europe in June 2016. This would mean that teenagers in Northern Ireland would miss out on this opportunity afforded to those in the south of Ireland. With the issue of Brexit continuing to be a major topic this is just one more issue that politicians may need to contend with.

Currently the standard cost for Interrail tickets range between €206 ($223) to €493 ($533) depending on which pass you would like to purchase. Non-European citizens can avail of a Eurail pass which works in a similar way and can be purchased here.