Danny Sheehan, from Marshfield, Massachusetts, was diagnosed with a rare and aggressive form of brain cancer known as Pineoblastoma in 2017. 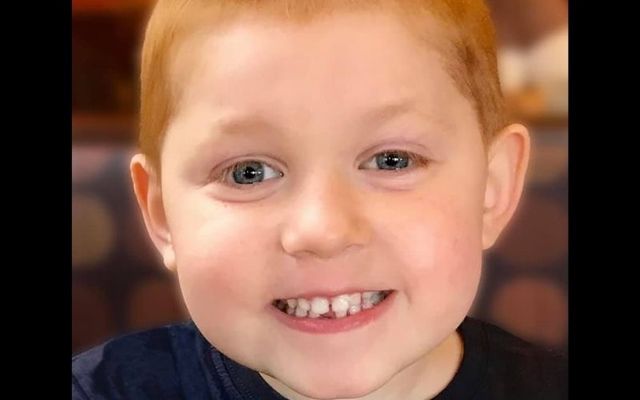 An eight-year-old Irish-American boy from Massachusetts who captured the heart of Jason Momoa with his love of Aquaman has sadly passed away following a battle with cancer.

Danny Sheehan, from Marshfield, Massachusetts, was diagnosed with a rare and aggressive form of brain cancer known as Pineoblastoma in 2017. He was also diagnosed with cancer in the cerebral spinal fluid.

A Facebook page that updated people on Danny's battle with cancer confirmed that he had passed away peacefully on August 8.

The eight-year-old caught the attention of Aquaman star Jason Momoa last November when he became excited after receiving an Aquaman action figure in a viral video.

"Oh my gosh, my favorite one!" Danny screamed in the viral video. "AQUAMAN!"

The video quickly came to the attention of Momoa, who spoke to Danny via FaceTime last year.

"So I just wanted to say thank you to the community, friends and family on Instagram for reaching out and showing me this beautiful boy Danny who is going through chemo and has cancer. I saw his video online that made me want to get in touch and FaceTime him and spend some time talking to him," Momoa wrote on Instagram.

Momoa sent Danny several gifts after the call, including an Aquaman trident and a number of action figures.

On August 8, Danny's parents said in a post on Facebook that the eight-year-old had died peacefully in their arms.

"Just after midnight, while in our arms, Danny took his last sweet small warm breaths and took flight. An Angel in Heaven. Instead of here on earth. Surreal and utter heartbreak can’t even begin to describe this feeling inside," the post said.

"But, I have to believe that what I whispered to him was true. Because moms don’t lie. When you wake up in Heaven, baby, you will be safe and happy and cozy. You won’t be afraid. You will be with your brother. Watching over me and daddy and everyone."

The Marshfield Police Department also posted a tribute to the eight-year-old after he died last week.

"Once in a lifetime …. If you’re lucky….you get to spend time with a 'Danny Sheehan'," the post said.

"We are amongst those lucky few. Thanks Danny, thanks Natalie and Dan for sharing your gift with us. Lots of tears today …but more laughs from memories of his crazy ( beyond his years) sense of humor, infectious smile, talent at flatulence he took such pride in, unsurpassed sweetness, and capacity to love that was ….. correction …IS…..endless! You will never be forgotten."