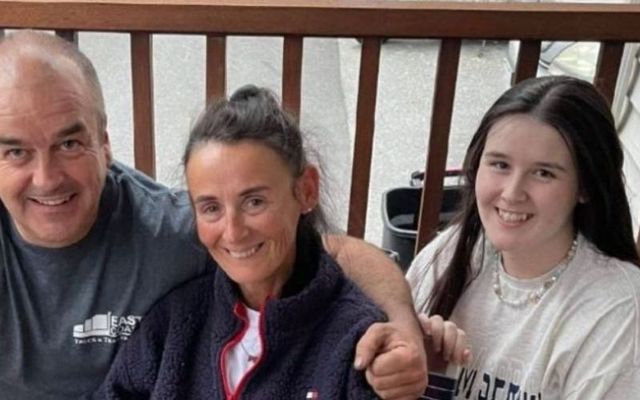 Vivienne Lynch McDaid (center) is in need of specialist care in the United States. GoFundMe

A fundraiser for an Irish cancer patient in need of specialist care in the United States has raised a staggering $110,000 in just 24 hours.

Vivienne Lynch McDaid was told by Irish doctors that there was little they could do after she was diagnosed with cancer, prompting friends and family to spring into action.

Her friend, who survived a cancer diagnosis, told McDaid of a team of elite doctors at Massachusetts General Hospital and the Dana Farber Center and helped to secure a consultation appointment for her.

Another friend with contacts in Boston, meanwhile, helped expedite a medical visa for McDaid, allowing her to attend her appointment with Dr. Bruce Giantonio on July 29.

The oncology specialist gave McDaid a much-welcomed second opinion; there was hope.

Dr. Giantonio developed a treatment plan for McDaid involving eight cycles of chemotherapy and told her that he was confident that the treatment would be effective.

McDaid is naturally eager to begin the treatment as soon as possible, but there is a catch.

Massachusetts General Hospital estimates that the treatment will cost $148,666.30, which must be paid up-front.

The hospital's policy states that "full complete estimated payment needs to be obtained prior to receiving first treatment at MGH", meaning that McDaid must secure $150,000 before obtaining the potentially life-saving treatment.

Her friends and family have once again sprung into action, launching a GoFundMe that has raised a whopping $111,917 at the time of writing, just 24 hours after it was launched.

Community solidarity and generosity have been evident since the fundraiser was launched, with some donors donating more than $5,000 to help secure this vital treatment.