Derry woman Annie Chambers, who passed away on June 7, certainly ticked plenty of the goodness boxes in her long life of community engagement in New York. 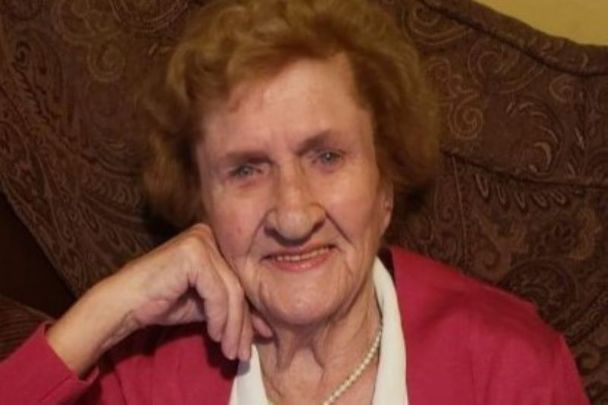 The editor recently said to me that I was getting good at writing obituaries.

Well, whatever about proficiency with obits, I certainly have been getting plenty of practice. Sadly, I have written a good few about some very good people over the last few months. Annie Chambers, who passed away on June 7, certainly ticked plenty of the goodness boxes in her long life of community engagement.

Father Brendan Fitzgerald, the pastor at St. Barnabas in Woodlawn, in his opening remarks during the requiem Mass, noted that the huge crowd in attendance was a powerful testimony to the positive impact that the Derry woman had on so many people throughout her long life. The church was full and there were dozens more outside on the stoop and sidewalk. A full church is a rarity in current times.

Father Brendan is wont to say in his homilies that earthly good deeds are essentially a good deposit on your residence in the hereafter. Given that theological perspective, Annie is presently in the lap of heavenly luxury.

Annie, one of a family of 12, was born in Bellaghy, Co Derry, in 1933. Like many of her contemporaries, emigration was the preferred pathway for many out of a partisan and divided community.

Annie arrived in New York in 1959 and would marry Jimmy Chambers, a Clare man, in 1962. They would go on to have a family of four, two girls and two boys, and the Bailey Avenue building would be their busy base, almost to the end.

During requiem Masses, it is customary to present symbols that represent the deceased’s persona and character. Presenting the door key represented all who were welcomed to the friendly Chambers household through the years, while the bag of spuds and box of tea bags illustrated the wonderful hospitality that the Chambers family was noted for.

Indeed many a young Irish immigrant would have been lonely during Christmas and Thanksgiving times, but Annie made sure they were part of her familial festivities. Bridie Gallagher, the famed Donegal vocalist, had a big hit with a song titled, “A Mother’s Love Is a Blessing.” Well, Annie’s love for some of these young immature immigrants was a mother’s love in absentia.

Other items presented were her pioneer pin, rosary beads, and a candle, indicative of her life of sobriety and deep-founded Christian faith. Of course, Annie was a very loyal and proud supporter of the Oak Leaf County and that was illustrated by the presentation of the Derry sash and the Derry football jersey.

That great grá for Gaelic games and Irish culture was deeply fostered in the Chambers’ household as both her daughters, Margaret and Clare, are officers of the New York GAA, while granddaughter Annmarie is a player and officer with the Ladies board.

It is with regret we inform you of the sudden passing of Ann(Annie) Chambers mother of former County Secretary Margaret...

Annie enjoyed life to the end with bingo, sing songs, dinners, and regular visits to the Empire Casino central to her social life. Annmarie, in a very heartfelt eulogy, chronicled events and episodes, some hilarious, that depicted the very full and fulfilling life of her beloved departed grandmother.

The cortege exited the church to the rendition of the Derry song “The Town I Loved So Well,” written by Derry man Phil Coulter and beautifully sung by Sean Ruane.

Annie’s remains were interred in St. Mary’s Cemetery in Yonkers. As the Gaelic phrase succinctly states, “Ni bheidh a leitheid ann aris,” simply translated, “There won’t be her kind again.”

So true. May the good lady rest in peace.