Andrew McGinley has prepared a special gig in his childrens' honor and has revealed that Daniel O'Donnell has agreed to perform at the concert at the Newcastle Community Centre on June 2 next year. 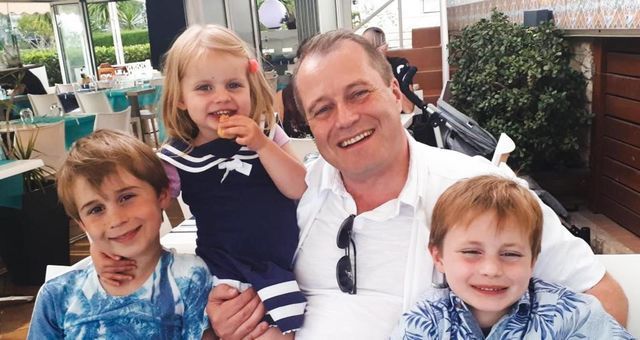 The father of three children who were killed by their mother in January 2020 is raffling off a hotel stay and tickets to a Daniel O'Donnell concert to raise money for a charity established in honor of his son.

Conor, Darragh, and Carla McGinley were killed in their Newcastle home in January 2020 by their mother Deirdre Morley, who was found not guilty of their murder by reason of insanity.

Their father Andrew McGinley has established three separate initiatives in honor of each of his children, including the As Darragh Did charity, which supports local sports clubs and community projects.

McGinley has prepared a special gig in his childrens' honor and has revealed that Daniel O'Donnell has agreed to perform at the concert at the Newcastle Community Centre on June 2 next year.

McGinley is raffling off 30 sets of four tickets for next year's concert alongside an overnight stay at the Louis Fitzgerald Hotel in Newland's Cross.

Winning entrants will also receive a meal from Michelin-starred chef Derry Clarke and will receive transport to and from Newcastle Community Centre courtesy of Dualway Coaches.

McGinley, who is originally from Donegal, told the Irish Independent that O'Donnell agreed to perform at the concert "without hesitation" and said that he was "thrilled" to be hosting the concert in honor of his three children.

"It’s the local hall with the local hotel, local chef, local transport company all rowing in behind me to do this and then my fellow Donegal man Daniel doing a few songs," McGinley told the Irish Independent.

Tickets will remain on sale until December 12 before the draw takes place on December 15 on what would have been his daughter Carla's fifth birthday.

He founded Conor's Clips to fulfill his nine-year-old son's wishes of having a YouTube channel.

He also set up Snowman for Carla because his daughter wanted to build a snowman, although he has decided to run a poster competition instead because it is not guaranteed to snow in Ireland every year.

McGinley additionally founded the As Darragh Did charity in honor of his seven-year-old son Darragh, who was involved in several local groups, including St. Mary's Saggart GAA Club and Rathcoole Boys soccer club.

To purchase raffle tickets or to find out more about the three initiatives, visit the As Darragh Did website.