The actor said that it was easy to empathize with the anger and frustration among black communities in America. 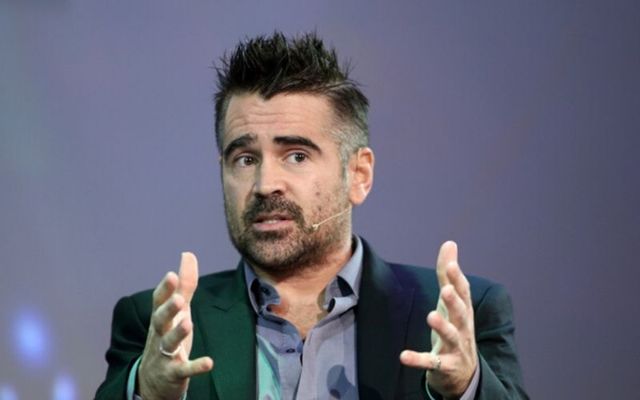 Irish actor Colin Farrell said that his "heart was broken" after the death of George Floyd in Minneapolis on Monday night.

Farrell was talking to Ryan Tubridy via webcam on the Late Late Show on Friday and said that the incident was particularly difficult to process in the midst of a pandemic.

"To be honest man, my heart's broken about it. I say that as a man who is well aware of the white privilege that he's lived in."

Floyd died on Monday after Minneapolis police officer Derek Chauvin knelt on his neck for eight during an arrest, prompting mass protests and rioting in cities across the United States.

Floyd was repeatedly heard telling officers "I can't breathe" in an amateur video captured by a bystander. The video was widely circulated on social media and caused widespread uproar and outrage.

Farrell said that he had to explain the situation to his 10-year-old son Henry, who asked him about the incident.

"I just explained to him as clearly as I could what was going on in Minneapolis and how the man George Floyd had been murdered in the coldest of blood and the cruelest of ways."

The actor said that it was easy to empathize with the anger and frustration among black communities in America.

"I can't imagine what it would be like to be black in America and the rage and anger that I would feel because my heart is broken I couldn't sleep last night.

"I just couldn't sleep seeing the amount of unnecessary pain and upset and the flagrant disregard for human life.

"And to see that with everything the world is already going through."

Farrell also discussed his own experiences during COVID-19 lockdown, which he described as "such a profound time."

The actor, who appeared on Friday's show from his home in Los Angeles, said that he's been spending "amazing" times with his two sons James and Henry and said that he's had good times, bad times, and everything in between during the lockdown.

"Some days the head just gets away from you. Other days I've felt connected and centered.