One tourist got a touch of the luck of the Irish when a cafe in Co Kerry went above and beyond to reunite him with his lost wallet. 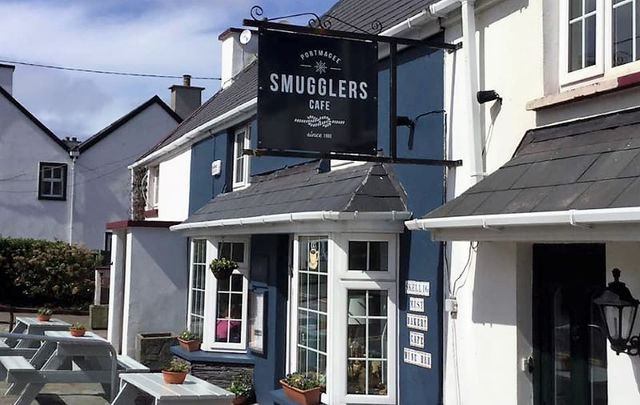 Smugglers Cafe was able to reunite one lucky tourist with his wallet after he lost it. Smugglers Cafe, Facebook

A cafe in Co Kerry was able to reunite one lucky Tasmanian tourist with his wallet after he misplaced it during his Irish travels.

Read More: WATCH: Irish man reunites with American tourist he saved from drowning over 50 years ago

Ian James Bell’s was discovered at Smugglers Cafe in Portmagee, Co Kerry around midday on Tuesday, according to The Examiner.

The wallet reportedly contained his driver’s license, cards, and cash.

Lorraine Casey, the owner of Smugglers Cafe, noted that Bell had likely recently traveled to Northern Ireland judging by receipts that were also in the wallet.

Casey, who got the word out on Facebook about the wallet, said: "Hopefully someone might know him if he's not on social media.”

Read More: Irish terrier shoots to fame after accidentally commuting to Dublin all by himself

Ian’s wife had also taken to social media and posted on a lost and found page for Cork City in hopes of finding the missing wallet before Smugglers Cafe came to the rescue.

Thankfully, Smugglers Cafe was able to connect with the Bells and get the wallet into the hands of its rightful owner not long after it went missing.

****Update: We found the owner: Ian James Bell can you contact us as we’ve found your wallet...someone dropped in your...

The power of social media!