Climber plunges to his death from Ireland's highest mountain

Father of three Ger Duffy had a passion for mountaineering and had just returned from a three-week motorcycle trek in Cambodia. 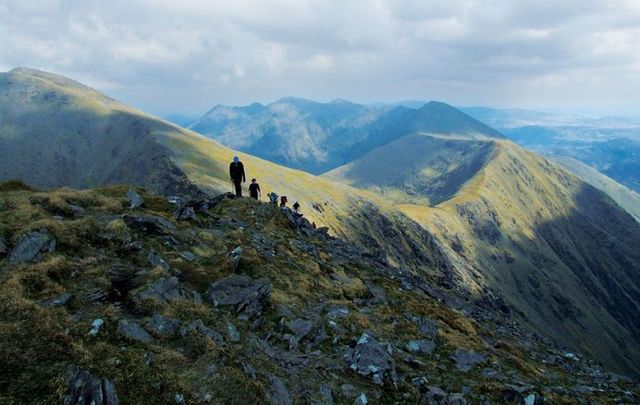 A man in his 50s died after falling from Carrauntoohill on Saturday, May 11.

Father of three Ger Duffy has been named locally as the victim of a tragic climbing accident on Ireland's largest mountain.

The Co Clare man fell hundreds of feet around midday on Saturday, May 11, while scaling Carrauntoohill in the MacGillicuddy Reeks, Co Kerry. Duffy is said to have been an experienced climber who knew the area well.

RTÉ reported that the 58-year-old had just returned from a three-week motorcycle trek in Cambodia and had a passion for mountaineering.

His body has since been recovered from the mountain after a difficult operation.

The incident took place in an area of the mountain known as Hag's Tooth. The recovery took several hours over what Kerry Mountain Rescue has described as "very complex ground."

Read more: Cliffs of Moher could get ‘selfie seats’ after tragic tourist accidents

The Rescue 115 helicopter was deployed but unable to land. Four people were lowered onto the scene, followed by 20 volunteers on foot. Duffy's body was stretchered to the ground.

“If a person gets killed biking then they were doing what they loved doing and they died happy, making it easier to accept. Ger loved climbing and was following his passion to explore the terrain,” a friend of Duffy's told the Limerick Leader.