Christy Dignam, the Dublin native frontman for the band Aslan, is receiving palliative care at home, his family confirmed in a statement. 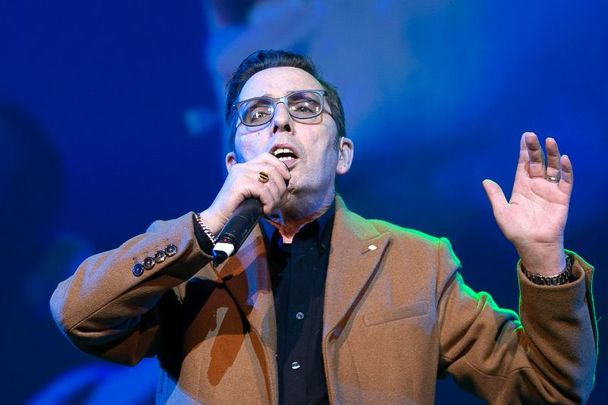 Christy Dignam, 62, who was diagnosed with amyloidosis, a rare blood disorder cancer, in 2013, is receiving palliative care at home, his family confirmed today, January 16.

Dignam, a native of Finglas in Dublin, The Finglas singer was admitted to Beaumont Hospital last July and spent six months in the care of the hospital's hematology and cardiac care team.

In a statement shared on the Kiera Dignam Band's social media page on Monday, Dignam's family said: "Christy & Kathryn Dignam and their family, daughter Kiera, son in law Darren, and grandchildren, are sharing an update on Christy’s health, in response to the large number of media enquiries received.

"In July 2022, Christy was admitted to Beaumont Hospital and spent the next six months in the care of the Haematology and Cardiac Care team.

"Since December, Christy has been at home and is being cared for lovingly by family, with the support of a palliative care team.

"The Dignam family thanks everyone for keeping Christy in their thoughts and prayers and asks for privacy at this time."

A statement by the Dignam family. Christy & Kathryn Dignam and their family, daughter Kiera, son in law Darren, and...

In a separate statement, Aslan said there are "no words" to describe how they are feeling following Dignam's latest update.

"As always Christy’s health has been and is our priority. It has been a tough road for us all but mostly Christy," the band said.

"There are no words to describe how we are all feeling with the update that has been shared by Christy’s family. As we all know, Christy will always keep up the fight, and never gives up.

"Christy and ourselves are devastated that all future shows will be canceled, as with Christy receiving palliative care treatment, performing will not be possible.

"Thank you all for just being you! You are the most sincere and loyal fans and we know how lucky we are to have you all

"We ask that you respect Christy and his family's privacy at this time."

Back in 2018, Dignam went viral after performing Aslan's hit song "Crazy World" on the streets of Killarney:

Posted by IrishCentral.com on Wednesday, July 25, 2018