A new study has found that Bono, Katie Taylor, and Ryan Tubridy are some of the most admired people in Ireland for 2022. 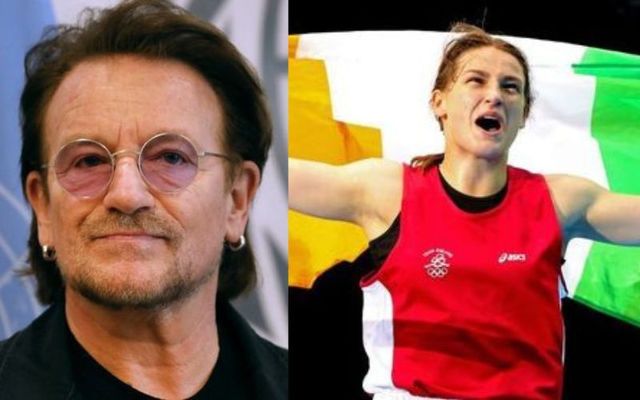 Bono and Katie Taylor are the "most admired" people in Ireland.  Getty

A new study has found who are the "most admired" people in Ireland.

Bono, Katie Taylor, and Ryan Tubridy all collectively made up the top 3 most admired Irish sports, broadcast, and music stars overall in Ireland in 2022.

The research carried out by marketing and sponsorship consultancy firm Onside, revealed that the queen of world lightweight boxing Katie Taylor retained her status as Ireland’s Most Admired Sports Personality for the sixth year in a row, albeit down 7% to 18% in 2022.

This years StarTrack report has revealed that @KatieTaylor is Ireland's most admired Sports Star for the 6th year running! 🏆

Golfer Shane Lowry and jockey Rachael Blackmore have also both made huge strides in the rankings in 2022, read more here 👉https://t.co/3WInMbdGvg pic.twitter.com/FiQRh1MeGm

“Katie Taylor has an avid fan base of over 680,000 Irish adults that see her as their number 1 Irish sports star. Within that base, she could potentially sell out Croke Park twice over with active supporters that will want to see live, the biggest event in women’s boxing history, if staged in Ireland," explains John Trainor, Founder, and CEO of ONSIDE.

While Late Late Show host Ryan Tubridy retained his number 1 status as the most admired television or radio personality in Ireland, achieving his highest score in over 10 years at 18%. Meanwhile, Marty Morrissey, Ray Darcy, and John Creedon replaced Graham Norton, Marty Whelan, and Ian Dempsey in the Top 10 most admired broadcast personalities.

Which Irish sports, broadcast, or music star do you admire the most? Let us know in the comments below!