Cheltenham chiefs have assured the 20,000 traveling Irish fans that the coronavirus will not lead to the axing of this year's festival. 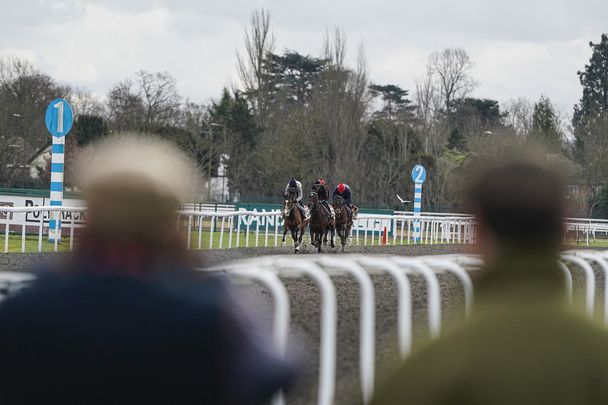 Officials insist Cheltenham will go ahead amid near pandemic coronavirus outbreak. Getty

Cheltenham chiefs have assured the 20,000 traveling Irish fans that the coronavirus will not lead to the axing of this year's festival.

The global spread of the virus has already caused major disruption to significant numbers of sporting events and other mass gatherings around the world, including the postponement of the Six Nations rugby clash between Ireland and Italy at the Aviva stadium that was set for Saturday, March 7.

But defiant Cheltenham bosses insisted this year's festival, which runs from March 10 to March 13, will go ahead as planned and urged Irish racing fans planning to head to the U.K. festival next week, to "forget your worries.”

Cheltenham Racecourse chief Ian Renton described the number of cases in the U.K. as "tiny", and insisted, "It will take more than this hiccup to stop racing or stop the Irish from traveling."

Renton's resolve to stage the popular festival follows an earlier statement from the British Horseracing Authority which said, "Racing continues as usual."

And in an interview with The Irish Field, Renton would not be drawn on plans to reschedule if necessary, or even stage showpiece races like the Gold Cup behind closed doors.

He said, "We are only looking at the four days from March 10-13 at this time.  The British racing industry is in constant contact with the government here and they are doing an excellent job at maintaining the high health status."

He added, "We are looking forward to starting the festival on March 10 and my message to your readers is to forget your worries and come and enjoy the four days."

Despite the defiant stance from Cheltenham officials, Britain’s chief medical officer, Chris Whitty, has warned that mass gatherings, including sporting events, could face cancellations for at least two months amidst the escalating health crisis.

On Tuesday afternoon, Betfair was giving odds of 1-5 that Cheltenham would go ahead, with no backers being offered odds of 9-2.