The Celtic gene is more common in Ireland than anywhere else in the world. 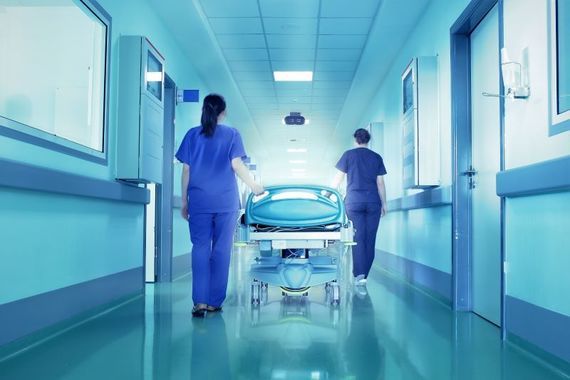 The Celtic gene can cause liver cancer and hemochromatosis. Getty

A new study has found that men with two copies of "the Celtic gene" are 11 times more likely to develop liver cancer in their lifetimes.

Scientists at the University of Exeter studied 1,294 men from England, Scotland, and Wales with at least two copies of the Celtic gene - HFE C282Y homozygous - which is commonly found among people with a Celtic heritage.

The study took place over a nine-year period and scientists observed that 21 participants developed liver cancer during the study, with 14 men dying from the condition.

The Celtic gene is more common in Ireland than anywhere else in the world, with one in every 83 people carrying the two faulty genes that leave them at risk of liver cancer. One in five Irish people are thought to be carriers who can pass it on to their children.

The gene can cause hemochromatosis; a condition that causes an unhealthy build-up of iron in the blood that can potentially increase the risk of liver cancer.

The study found that seven percent of men who had the gene developed liver cancer by the age of 75, compared to just 0.6 percent of the general population.

The study additionally surveyed 1,596 women who carried the gene but found that they were not at an uncommonly high risk of developing liver cancer.

Researchers explained that women lose iron during pregnancy or when they menstruate, explaining why there were no dangerous build-ups of iron found in women's blood. However, a small number of female participants did develop hemochromatosis.

Anyone who carries the Celtic gene is advised to drink less alcohol and get their blood treated regularly to remove build-ups of iron in order to mitigate the risk of developing liver cancer.

Common symptoms of the Celtic gene are tiredness, muscle weakness, and joint pain and it can be diagnosed through a simple blood test.

Researchers at the University of Exeter called for routine early testing to reduce the risk of liver cancer in men.

"The hemochromatosis faulty genes are relatively common in people with European ancestries, and are causing potentially fatal diseases such as liver cancer. Unfortunately, hemochromatosis is often diagnosed too late. Earlier diagnosis could prevent so much unnecessary disease," the University of Exeter's Dr. Janice Atkins said.

Meanwhile, Professor David Melzer, who led the study said: " Blood donations made during routine treatment of hemochromatosis can be used for other patients, so early diagnosis would actually be a win-win."

The hemochromatosis gene is one of the most common genetic defects in the western world, according to the study.