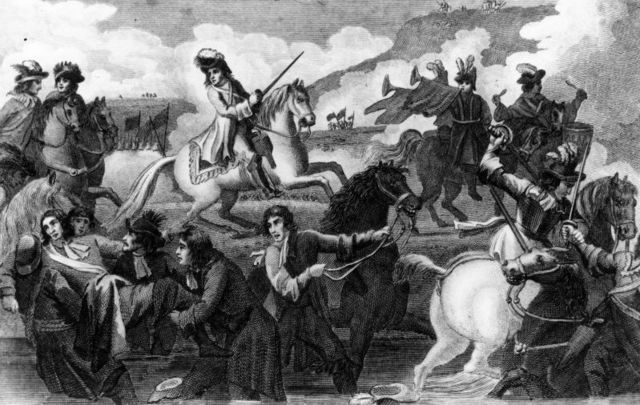 Read More: What are the Eleventh Night bonfires in Northern Ireland?

The battle took place near the town of Drogheda and has since become the rallying point for millions of Northern Irish Protestants, who celebrate it every year on July 12.

The memoirs of Captain John Stevens give a handwritten personal account of James’ Catholic troops. Stevens wrote that they "drank so extravagantly” they were left “dead drunk scattered about the fields” on the morning of the Battle of the Boyne.

Read More: The Clancy Brothers and Tommy Makem taught me about Orangemen’s Day

“Notwithstanding, this was a fantastic price and demonstrates the interest in artifacts from this period. Several years ago the order bought a letter for $6,052 which was written by King William several days before the battle,” said Nelson.