Catherine Corless says she will be at peace once the 796 babies and children buried in a disused sewage system at the former Bon Secours Mother and Baby Home in Tuam are given a dignified burial. 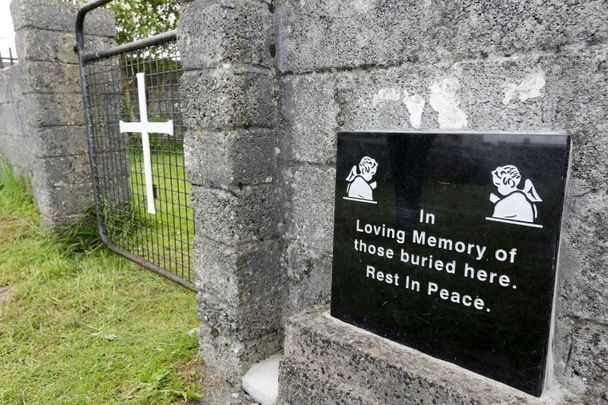 The site of the Mother and Baby Home in Tuam, Co Galway in 2014. Rolling News

Irish historian Catherine Corless, who helped to uncover the horrific history of the Tuam Mother and Baby Home, says she will finally be at peace once the babies buried at the site are given a dignified burial.

"It will bring me peace of mind when the babies are given a dignified burial," Corless told the Irish Independent in the wake of the recent publication of the Institutional Burials Bill.

“It will mean I did what I set out to do. I have always believed in a higher power, and maybe I was meant to somehow open up all of this."

Published by Children's Minister Roderic O'Gorman, the bill will allow for the excavation of the site, the DNA testing of remains, and the dignified burial of all children buried at the site.

Corless told the Irish Independent that she wasn't expecting the recently published bill to be so far-reaching and said she wouldn't rest easy until it was passed.

"The bill has delivered on everything we wanted, and I wasn’t expecting that. So, hopefully, it will be passed," she said.

She recalled how authorities dismissed her entirely as she campaigned on behalf of the babies buried at the site and said it was a "shame" that it took so long to give the babies a dignified burial.

"They put every obstacle they could think of in place, just to prevent me from ­making the truth public."

Corless's tireless campaigning was rewarded in 2017 when the Mother and Baby Homes Commission confirmed that it had found "significant quantities of human remains" at the Tuam site during excavation, verifying that her research was correct.

The excavations revealed that children ranging from premature babies to three-year-old toddlers had been buried in a disused sewage system at the site during the time that the mother and baby home was in operation between 1925 and 1961.

Peter Mulryan, 78, a mother and baby home survivor whose sister is buried at the Tuam site, welcomed the publication of the Industrial Burials Bill but said he will remain skeptical until the babies are given a dignified burial.

"It’s very important it gets underway as soon as possible. The Government had every chance over the last seven years, and they made no progress. To leave those babies there was horrendous," Mulryan told the Irish Independent.

"You’re always asking yourself how they were put in such a place – in sewers. It was such an insult to my sister. It’s appalling."

Mulryan said he will be ready to give his DNA to help identify his sister's remains as soon as the Government passes the bill.

Children's Minister Roderic O'Gorman passed the bill on February 23, describing what happened at Tuam as a "stain on our national conscience".

"The Institutional Burials Bill will allow us, at long last, to afford the children interred at Tuam a dignified and respectful burial. I have listened carefully to families, survivors, and independent experts in order to strengthen and improve the legislation," O'Gorman said last month.

The Children's Minister said he will set up an Office of the Tuam Director if the bill is enacted, with excavations set to start later this year.