Carbon dioxide levels in Ireland are at a record high

Measurements from Mace Head in Galway showed that carbon dioxide levels are 50% higher than in the pre-industrial era. 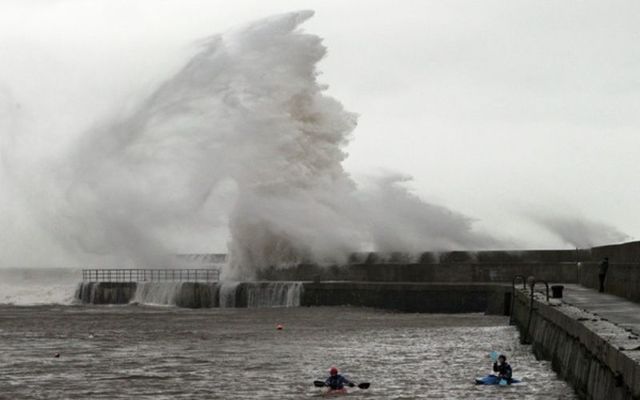 Ireland's weather has become "warmer and wetter" over the past century, according to a new climate report. RollingNews.ie

Ireland's greenhouse gases reached a new record high in 2019, according to a recent Irish climate report.

The study took measurements from Mace Head in Galway and reported the highest levels of greenhouse gases in Ireland since records began, with carbon dioxide levels 50% higher than in the pre-industrial era.

Meanwhile, nitrous oxide concentrations have risen by 20% since the pre-industrial era, while methane has increased by 170%.

However, the concentration of chlorofluorocarbons (CFCs) has been falling since 2004 after the production and use of the chemical, which was commonly found in aerosols and refrigerators, was banned in 1989.

Sulfur levels also decreased by 80% between 1980 and 2015 due to the introduction of strict regulations and advanced technologies.

The report stated that Ireland has become "warmer and wetter" due to global climate change, with Ireland's average surface air temperature increasing by 0.9 degrees over the past 120 years, while 15 of the 20 warmest years on record have occurred since 1990.

Similarly, precipitation in Ireland was 6% between 1989 and 2018 than it was in the three previous decades, while the ten years between 2006 and 2015 were the wettest on record.

"Analysis of wet and dry spells demonstrates an increase in the length of wet spell days across the country. No trend is apparent in dry spell days," the report states.

Climate change has had a similar effect on Irish sea levels, with the sea level in Dublin Bay rising by approximately 1.7mm since 1938.

The sea level around Ireland, meanwhile, has risen by between 2-3mm since the early 1990s, while the surface temperature of Irish waters was 0.47 degrees higher during the last decade than in the previous 30 years.

Met Éireann director Eoin Moran said that high-quality reports and observations would be crucial in the response to climate change.

"As citizens in Ireland and around the world are now seeing the impacts of climate change, through ever more extreme weather events, fires, and flooding, etc; high-quality observations of the climate are crucial to help inform society’s response to the Climate Emergency.

"Scientific long-term monitoring of the climate underpins climate research and the development of climate services which support policy making and decision making in the face of the urgency of the climate crisis."

The joint report follows the publication of a major report from the UN's Intergovernmental Panel on Climate Change, which unequivocally stated that humans were the main drivers of climate change.

The IPCC report stated that the effects of climate change are "widespread, rapid and intensifying", causing Earth's climate system to change across the entire planet.

Additionally, the report warns that failure to implement immediate reductions in greenhouse gas emissions will lead to inevitable catastrophic events for the human race over the coming decades, including extreme weather conditions and rising sea levels.

However, the report also states that it is not too late to reverse the effects of climate change if immediate action is taken.