Another twist in Wisconsin’s dramatic battle of the Irish butter brands. 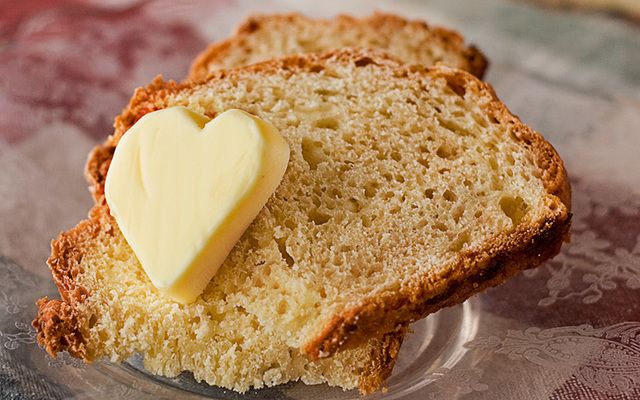 A lawsuit has been filed that seeks to block the use of the name Irishgold by the owner of Kerrygold’s US trademark, Ornua.

Lovers of Irish butter in Wisconsin were left bereft in recent months after the state banned Kerrygold on the grounds it did not meet the state’s strict standards for dairy products.

But last week, Sheboygan’s Old World Creamery revealed, amid much fanfare, that it would be selling Irishgold butter imported directly from the Emerald Isle; the company was keen to stress to IrishCentral that it wasn’t Kerrygold they’d be selling – Kerrygold is “still banned” – but another brand of Irish butter.

Read more: Why selling Irish Kerrygold butter is now a criminal offense in this US state

However, Ornua is keen to block the sale of the new butter brand as they consider it “a deliberate effort to trade off the enormous goodwill and strong reputation that Ornua has built up in the Kerrygold brand for many years.” Furthermore, it is “highly likely to cause confusion in the market” as its name is "obviously derived" from Kerrygold.

The lawsuit insists that Irishgold was only chosen as a name after negotiations between the two companies broke down over the possibility of Kerrygold being imported and tested by the Creamery’s own staff.

The butter went on sale Tuesday after a judge at a hearing declined Ornua’s request to suspend sales of the controversial dairy product.

The legal battle is the latest twist in a drama that has enraged lovers of Irish butter in the Badger State.

When Kerrygold was first banned in February sellers were warned that if they continued to sell the illicit butter they could face a fine of $1,000 or six months behind bars.

.@HigginsEats @DanielleWaldron Did the state of Wisconsin finally call Target out on the Kerrygold? 🤔🤔 pic.twitter.com/iT4ORE8jbR

One desperate butter lover said she had decided to drive all the way to Nebraska to stock up she was so keen to avoid local brands.

“I want to please ask whoever it is that's preventing me from getting butter in our stores here to stop it,” she pleaded.

At the end of last month, the Wisconsin Institute for Law and Liberty, acting on behalf of outraged consumers, filed a lawsuit challenging the ban.

“We have all the confidence in the world that Wisconsin’s butter producers can compete with the likes of Kerrygold. But in order for the state of Wisconsin to continue its upward climb, we cannot remain in the business of erecting, or in this case preserving, artificial barriers to product entry,” attorney Jake Curtis said at the time.

Doubtless, this isn’t the end of this story.