A County Armagh man died tragically having lost his footing on a cliff near Bundoran. 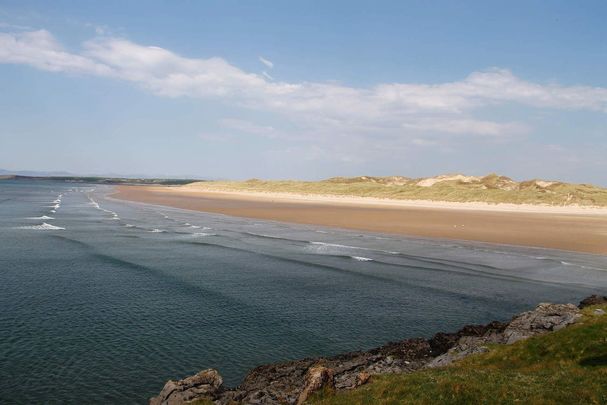 Stuart Hamilton, a corporal with the 2nd Battalion of the Royal Irish Regiment of the British Army, died on Saturday (Sept 4) having lost his footing on the cliffs near Tullan Strand, in County Donegal.

Corporal Stuart Hamilton died after a tragic accident at Tullan Strand, Bundoran, County Donegal. The man, in his early 30s, from Tandragee, County Antrim was brought to Sligo University Hospital where he passed away.

A Garda (Irish police) spokesman said: “A man in his 30s is believed to have fallen from a cliff. He was taken for medical attention to Sligo University Hospital where he was later pronounced deceased.

Donegal Live reports that a volunteer crew of Bundoran RNLI lifeboat was called out to assist with a medical evacuation by the National Ambulance Service via Malin Head Coast Guard. A number of volunteer crew attended to assist and the casualty was transferred to Sligo University Hospital.

Hamilton was a keen hiker and mountain climber. Known as "Hammy" to family and friends, Hamilton worked as a procurement officer at Dunbia Foods. He had completed a tour in Afghanistan.

The Royal Irish Regiment said it was with “deep sadness” that it was announcing the death of Corporal Hamilton - describing him as “a truly outstanding soldier and commander”.

“He was the best of his peer group and tested himself constantly. He was larger than life and a true battalion character, admired and respected by everyone he met.

“We will miss him dearly and our thoughts are with his family at this sad time.”

The Democratic Unionist Party's Jonathan Buckley lived next door to Hamilton when they were living in student accommodation at Queen’s University. He told the Telegraph “Stuart (Hammy) was a well-known local character."

He added “He was extremely fit and was always pushing himself to do bigger and better things regarding his fitness.

“He was adventurous, fun-loving, and made friends from every walk of life. His friends were widespread and varied and he was very well-liked.

“As a soldier, his service was exemplary. He gave it his all. His family are extremely close-knit and are absolutely devastated. My heart goes out to them all.”