British Marine arrested for bomb building for dissident Republicans since 2011 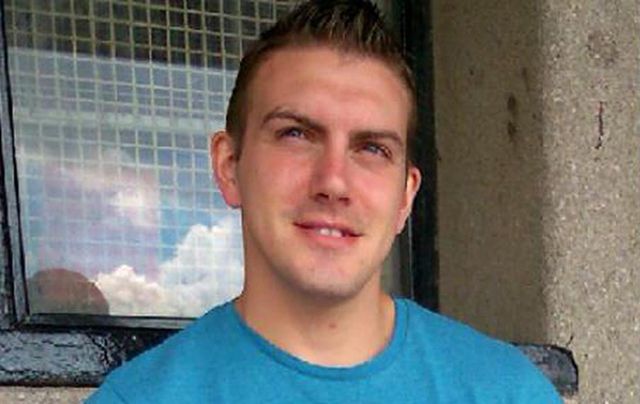 Ex-Royal Marine Ciaran Maxwell made bombs and collected weapons for republicans from 2011 to 2016. Facebook

An Irish republican and terrorist has been jailed for 18 years after he infiltrated the British military and stole weapons, which were likely used by dissident republicans in four attacks .

Thirty-one-year-old Ciarán Maxwell joined the elite Royal Marines in 2010 and was arrested in August 2016 after police traced him to a stash of weapons found near his hometown of Larne, County Antrim.

In February 2017 he pleaded guilty to the crimes of assisting others to commit terrorism over a period of five years, from 2011 to 2016, and separate charges of fraud and cannabis possession.

“There’s a strong likelihood that items associated with Maxwell have made their way into the hands of violent dissident republican groups in Northern Ireland and four of these items have been used – three in the last year. Not all of those devices detonated. Some did.”

His defense team described him as a “marine by day [and], it seems, Republican bomb-maker on leave.”

A giveaway to where his true allegiance lay was his “tiocfaidh1” Wi-Fi password – based on the IRA’s traditional rallying cry, “Tiocfaidh Ár Lá,” which means “Our Day Will Come” in Irish. Doubtless few other members of Her Majesty’s Royal Marines would think to use the motto of an enemy combatant as a password.

His attorney’s plea in mitigation that an attack by loyalist thugs in 2002 had left him traumatized was rejected by the judge who declared it irrelevant to the crimes in question.

In sentencing him to nearly two decades behind bars, Mr Justice Sweeney told him, “I am sure that you were and will remain motivated by dissident republican sympathies and hostility to the United Kingdom, that you have considerable skills as a terrorist bomb maker, and that you enjoy the work involved.

“A skilled bomb-maker is of considerable importance to a terrorist organization like the Continuity IRA,” Sweeney continued. “Your actions had the potential to threaten the political stability of Northern Ireland.”

He advised that he had decided against handing down a life sentence due to Maxwell’s guilty plea and that his tip-offs had lead to the discovery of further weapon stashes.

An accomplice, Niall Lehd, was sentenced earlier to six years in prison.

Maxwell had decided not to appear in court in person and instead watched via video link from jail. He did, however, appear for sentencing and showed no emotion before being led away.

An investigation is now underway at Britain’s Ministry of Defence as to how someone with terrorist sympathies was admitted to such a prestigious unit.