Julia Quinn's father Steve Cotler, 77, and her younger sister Violet Charles, 37, were killed in an accident involving a drunk driver on Interstate 15 on June 29. 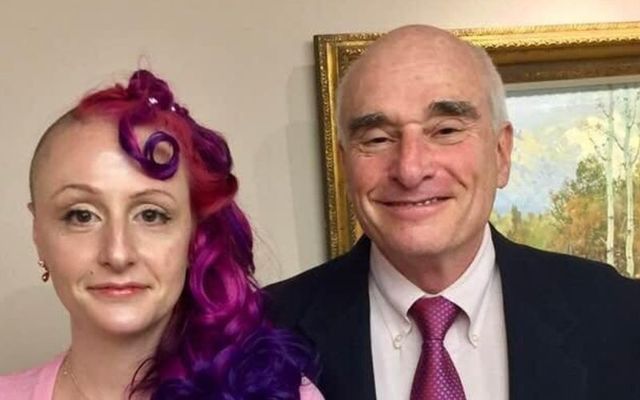 Violet Charles and Steve Cotler were killed at the end of June. Julia Quinn Facebook

The father and younger sister of Bridgerton's Irish-American author Julia Quinn have been killed in a tragic car accident in Utah.

Quinn announced the shocking news in a post on Facebook, stating that her father Steve Cotler, 77, and her younger sister Violet Charles, 37, had been killed in an accident involving a drunk driver on Interstate 15 on June 29.

"I have lost my father and my sister. Because a catering company did not secure their load and canvas bags spilled onto the highway," Quinn said in the post.

"Because a pickup driver thought nothing of driving while his blood-alcohol level was nearly three times the legal limit.

"I have lost my father, and I don't have my sister with whom to grieve."

Quinn said that her sister's dog Michelle was also killed in the crash.

Utah State Highway Patrol said that several cars were involved in the accident on Interstate 15 at about 8:30 p.m. on June 29.

The crash occurred after a lorry shed its load onto the highway, forcing several cars to come to an immediate halt. Quinn's father and sister were driving a Prius toward the back of the pile-up when a drunk driver smashed into the back of their car with a huge Ford F-250 pick-up truck.

Charles and Cotler were killed instantly, while the pick-up driver sustained minor injuries and was arrested at the scene. Utah Highway Patrol officers said that the driver's blood-alcohol level was three times the legal limit.

Quinn said that she had been collaborating with her sister on a graphic novel, which has just been completed. She said that the novel will be dedicated to their father.

"It will still be dedicated to our father. It won't be a surprise anymore, but I'd like to think he suspected we'd do it. He knew us so well. He was our dad."