Thomas Healy, 14, died when the 26-year-old Toyota Corolla that he was driving hit a tree on Ross Road near Killarney shortly after 1 am on Wednesday. 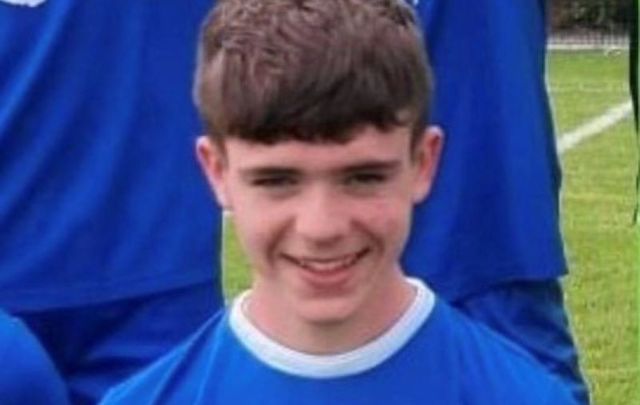 A 14-year-old boy has died after the car that he was driving lost control and hit a tree on a rural road in Kerry.

Thomas Healy, from the Gap of Dunloe in County Kerry, died when the 26-year-old Toyota Corolla that he was driving hit a tree on Ross Road near Killarney shortly after 1 am on Wednesday.

Healy was pronounced dead at the scene, while a second teenage boy who was also traveling in the car was taken to hospital in a serious condition, gardai said.

Gardaí are appealing for witnesses. In particular, they are asking anyone who may have saw a 95-KY reg, Green Toyota Corolla Saloon in Killarney Town between 12:45 am – 1:15 am on Wednesday morning to come forward.

Independent TD Michael Healy Rae is related to Thomas and described the crash as "every parent's worst nightmare".

"They are devastated, but we are also praying for the other young man who is in hospital and that he will overcome his injuries. It is an extremely upsetting, very difficult time for everybody. The neighbors are rallying around the family now," Healy Rae told the Journal.

"Life is so precious and it can change in a day – it can happen to any house with lives turned up side down. It just shows you life is so fragile."

Thomas was the youngest of Gerard and Julia Healy's four children and was a member of the Beaufort GAA club in Killarney. Club chairman Neil Doherty said that the news was a "major shock" for the local community.

"You have to feel for his teammates. People who played football and were training with him last week woke up and learned he’s dead and the other boy is injured, that’s a shock for them as well," Doherty told RTÉ News.

He said that he hoped the other boy made a full recovery and that the accident "puts life into perspective".

The Beaufort GAA Club paid tribute to its player:

The entire Beaufort GAA community are shocked and saddened at the tragic passing of Thomas Healy. As a club we extend...

Posted by Beaufortgaaclub on Thursday, July 8, 2021

Thomas was also a member of the local soccer club Killarney Athletic AFC and attended Intermediate School Killorglin, which said it was "deeply shocked and saddened at the sudden and tragic death" of its pupil:

All at the ISK are deeply shocked and saddened at the sudden and tragic death of student Thomas Healy today. Our...

Gardaí said they had interacted with the vehicle prior to Wednesday morning's fatal crash. The incident has been referred to the Garda Síochána Ombudsman Commission (Gsoc), which is obliged to investigate all fatal collisions when gardaí have contact with the deceased beforehand.

The Gsoc investigation will attempt to determine whether or not officers were pursuing the car at the time of the crash.

Thomas Healy's funeral will take place at 11 am on Saturday at St. Mary's Church in Beaufort.