Corofin Castle in Co Galway will become a place for patients with the incurable brain cancer to visit with their families and relax. 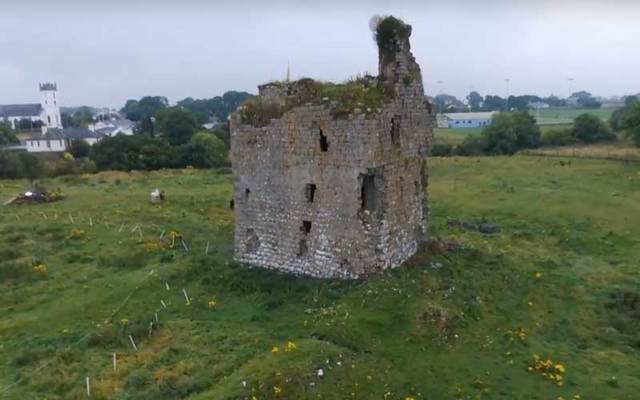 An Irish man with glioblastoma multiform, an incurable form of brain cancer, plans to restore a medieval Irish castle as a retreat for other glioblastoma patients and their families.

Paul Roberts, a native of Ireland who moved to the U.S. in the early 1990s,  was diagnosed with glioblastoma six year ago.

"I'm 58 years old now, and I've had an unusually lucky run with this," Roberts said. "Only a few people manage to survive this long with the disease."

Glioblastoma, or GBM, is the same cancer recently diagnosed in U.S. Sen. John McCain. U.S. Sen. Ted Kennedy died from the disease in 2009; Beau Biden, son of former Vice President Joe Biden, died from it in 2015.

Roberts, who now lives in Houston, said he is grateful for the time he’s had, so he purchased Corofin Castle in Co Galway to restore and give to fellow patients as a place where they and their families can come to visit and relax.

Roberts, who worked in the oil industry before working at the University of Houston, says he was 52 when he was first diagnosed. He was sitting at a stoplight and became disoriented. He couldn’t distinguish traffic lights or understand what they were for.

Since then, he has had three brain resections, radiation, and chemotherapy, along with the use of the cap-like Optune device that kills cancer cells by emitting low-intensity electric fields.

The castle, which was built in 1451 and sits on five acres, needs a great deal of work. Roberts plans to launch a crowd funding site soon where people can sponsor materials. He is also looking for travelers to Ireland who want to do some volunteer work.

His nonprofit Corofin Castle Heritage Park and its board of directors will oversee the project, Chron.com reports.

So far, Roberts has raised $130,000. He anticipates he'll need $500,000 to finish the restoration. He would also like to see several stone thatched Irish cottages on the site for families to use.

Roberts said he visits Mermorial Hermann, a hospital in Texas, often and talks to other GBM patients whenever he can.

"I give a lot of advice to people. They're easy to spot — they're the ones with 10-inch scar running their down skull. I stop them, show them my scar and say 'I see you've joined the club.' I explain that I'm a long-term survivor and I know the system."