Boston firefighter Patrick Callahan jumped the rescue of Alexander Abad, as his mother held him out the window of their burning apartment to save him. 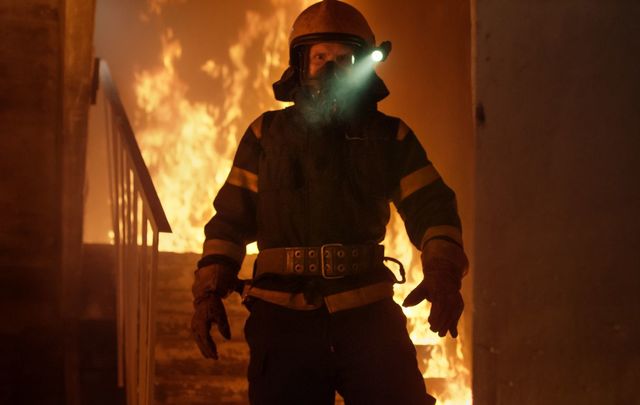 Boston firefighter Patrick Callahan jumped the rescue of Alexander Abad, as his mother held him out the window of their burning apartment to save him. iStock

Boston firefighter Patrick Callahan jumped to the rescue of Alexander Abad, as his mother held him out the window of their burning apartment to save him.

A young mother and her three-year-old on Friday, June 1, met with the hero Irish American firefighter who saved them from a burning building. Boston firefighter Patrick Callahan had rushed to the rescue of young Alexander, pulling him from the arms of his mother who was holding him out of the window to save him from the flames and smoke.

His mother, 24-year-out Marilyn Abad, was overcome with emotion as she met with her son’s rescuer and watched the young boy happily play with his firefighter’s hat. Alexander even received an invite to the fire station to check out the rest of the equipment once all the excitement is over.

Abad had been cooking rice, beans and meat for herself and her son when the blaze broke out on Thursday night.

“I was cooking and when I cook he likes to test my food. He said, ‘Mommy, look at the smoke in the window.’ If it weren’t for him, I wouldn’t have known,” she told the Boston Herald.

As she quickly dressed, Abad opened the apartment door to find billowing smoke and quickly realized that her only option of escape was the window.

“I didn’t want anything to happen to him,” she said. “I put him out the window.”

Callahan received a big hug from the smiling boy as they met after the rescue on Friday. The firefighter was a member of the team on Engine 21 when the call came in announcing that people were trapped in the building at 6 Woodward Park St.

He told the Herald that when he arrived, there was “a woman hanging out the window with her toddler.”

“I told him to stay calm, that nothing was going to happen to him,” Marilyn said she told her son, as Callahan and another firefighter grabbed a ladder and began to climb toward them.

“I yelled to the people not to let him die. I am more than grateful.”

“I ended up getting a good hold of the toddler,” Callahan added.

“Every guy I work with would have done the same thing. I’m just happy that the outcome is what it is, with the mom and son reunited.

“I’m speechless right now, to see that they’re safe and him running around. It’s awesome,” he added.