Biden set to open memorial to Irish miners in Colorado

Biden will reportedly travel to Leadville, Colorado, in September 2023 to pay tribute to 1,000 miners from the Beara Peninsula in West Cork to work in the area's silver mines. 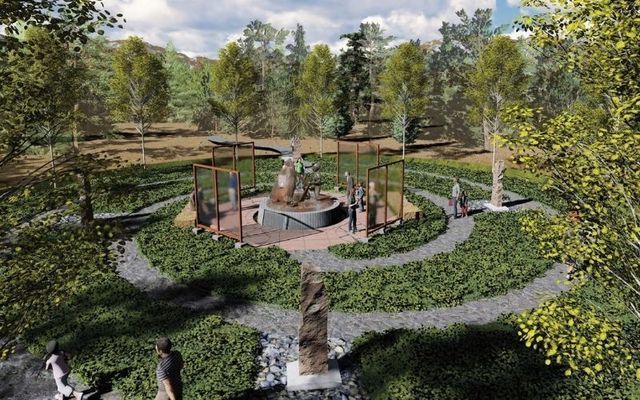 Artist's impression of a memorial in the works for the 1,000 Irish miners who died in Poverty in Leadville, Colorado. Irish Network Colorado

President Joe Biden could potentially unveil a memorial dedicated to more than 1,000 Cork miners in Colorado next year.

Biden will reportedly travel to Leadville, Colorado, in September 2023 to pay tribute to 1,000 miners from the Beara Peninsula in West Cork to work in the area's silver mines.

Tadhg O’Sullivan, chair of Cork's Allihies Copper Mine Museum, told the Southern Star that many men died in the mines at an average of 23, adding that many Beara miners are now buried in unmarked graves.

"It would have been a tough experience for them coming from West Cork, as Leadville is more than 10,000ft over sea level, and that takes some getting used to," O'Sullivan told the Southern Star.

Professor Jim Walsh, an Irish-American historian from the University of Colorado, has kickstarted the initiative to honor the Beara miners in Leadville.

Walsh estimates that two out of every five people living in Leadville during the 1800s came from Beara.

The planned memorial will be located within the Evergreen Cemetery in Leadville, where the unmarked graves are located.

The memorial will include a spiral walkway leading to a bronze statue designed by Wicklow artist Terry Brennan, which depicts a miner on bended knee clasping a harp and pickaxe.

A delegation from the Allihies Copper Mine Museum traveled to Leadville earlier this year to visit the site of the planned memorial.

Tadhg O'Sullivan said the communities of Allihies and Leadville are "very much entwined" and said the group plans to return for the unveiling next year.

"It is fantastic news to hear that there is a real chance President Biden will be at the official dedication, we have already had some great political support for this whole project from the Irish Ambassador to the USA and from Minister Simon Coveney, and are working towards having Allihies twinned with Leadville," O'Sullivan said.