Gardai are investigating the November 3 brawl in Dublin's City Center that is believed to be related to a gang feud. 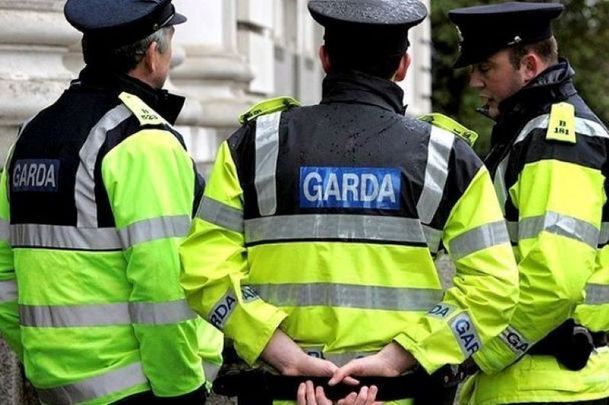 Gardai are investigating the horrific attack that unfolded in Dublin's City Center on November 3. RollingNews.ie

Three men are understood to be hospitalized in serious but stable condition after the attack that occurred in Dublin's Docklands area on Tuesday.

Gardai are investigating a horrific brawl that unfolded in Dublin’s City Center around 2 pm on Tuesday, November 3.

Video circulating on social media shows the scene unfold in the Docklands area in the south side of Dublin's City Center, around Creighton Street.

In one of the brief videos, apparently captured by a bystander, several men can be seen running to engage in the fight with at least one man shouting “kill him!”

One man can be seen lifting his bicycle and tossing it into the brawl, while shortly thereafter, another man collapses to the ground after being struck in the back of the head with what appears to be a hatchet.

A separate video, which appears to be CCTV footage, shows the attack from another angle.

A man has been seriously injured in a vicious hatchet attack after a fight between two gangs in Dublin city this afternoon.
Gardai were called to the scene this afternoon at the intersection of Creighton Street and Hanover Street in Dublin 2. pic.twitter.com/xVQ8z2wTYW

A garda spokesperson said on Tuesday: “Gardaí are currently at the scene of an incident that occurred in the Windmill Lane / Creighton Street area of Dublin 2 on 03/11/2020 at approximately 2 pm.

“It is reported that an altercation occurred between a group of youths. No further information is available at this time. Investigations are ongoing.”

According to the Irish Independent, three men who are thought to have been involved in the incident are receiving treatment in a local hospital.

One man is understood to have fractured his skull and sustained three stab wounds after being struck by a hatchet, another man is receiving care for a severe cut to the back of his head, while a third man suffered a punctured lung.

The Irish Times reports that the melee is believed to be related to an inter-gang dispute over drug dealing in the area.