Dr. Frank Murray sent messages to his sweetheart back in Ireland using the Irish language while he was being held in PoW camps in Japan during WWII. 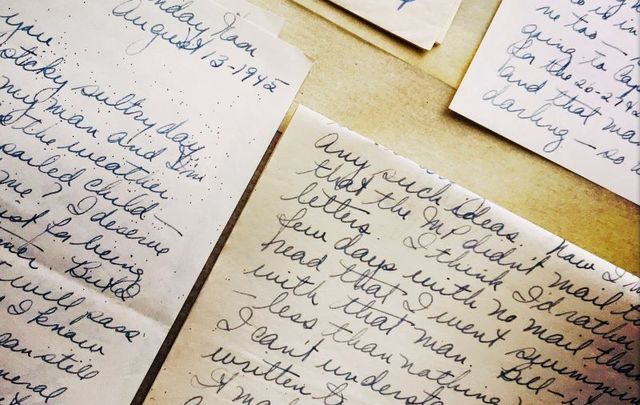 Belfast native Dr. Frank Murray used his knowledge of the Irish language to send correspondence while serving time in Japanese prisoner of war camps during WWII.

Dr. Frank Murray, known to many as simply "The Belfast Doctor," was commissioned as an officer in the Royal Army Medical Corps (RAMC) in December 1939.

A nationalist, Murray had joined the British Army after the outbreak of the Second World War because he felt a Nazi invasion of Ireland was inevitable and wanted to do his bit.

Read more: The Nazi spy set on turning Donegal village into a German naval base

A website maintained by his family says that Dr. Murray became a prisoner of war first at Changi camp on Singapore Island and then later in various POW camps in Hokkaido, Japan following the fall of Singapore in February 1942.

Prior to enlisting, Murray had spent time learning Irish in the Gaeltacht region of Co Donegal. It was there that he met his future wife Eileen O'Kane, who we would later write daily letters to while being held at the PoW camps, often detailing the horrors he and other PoWs experienced.

Dr. Murray's son Carl now tells BBC News that anyone found in possession of a diary in a Japanese prisoner camp was liable to severe punishments. Dr. Murray mitigated such risks by writing his letters as Gaeilge, knowing that the chances that Japanese soldiers would be able to translate his writings would be very slim.

Carl Murray said: "Sometimes he would write in English but disguising it using old Gaelic script.

"I remember when I did Irish at school there were textbooks that had the old script in it which meant there was that extra level that you had to translate from the script and then translate the Irish.

"And he would write about how the war was going but by doing so in Irish he knew that even if the Japanese found it, there was very little chance of them being able to translate that he was recounting events that were happening during the war."

Frank Murray didn't just spend his time in the camps writing letters, however. He served as a medical officer in a number of different camps and even became the senior officer commander in one prison.

Murray played a vital role in the camps, communicating with his Japanese captors about his men's fitness to perform hard labor. He spared many injured or sick Allied soldiers from grueling days of work and the BBC reports that this saved countless lives.

The doctor returned from the war a hero and was awarded an MBE (Member of the Order of the British Empire) in recognition of his brave service.

As for his secret diary written in Irish and kept away from the prying eyes of Japanese guards, Dr. Murray managed to deliver it in full to his sweetheart Eileen O'Kane and the couple married shortly after the war. The couple had five children together. Dr. Murray passed away in Co Down in 1993, and Eileen died in 2009 in England.

A website dedicated to Dr. Frank Murray - "The Belfast Doctor" - provides a selection of translated excerpts from the Irish man's diaries.