The aunt of Mia O'Connell, the 3-month-old baby girl who was tragically killed by a dog in Clashmore, Co Waterford, has thanked the public for their support during the tragedy. 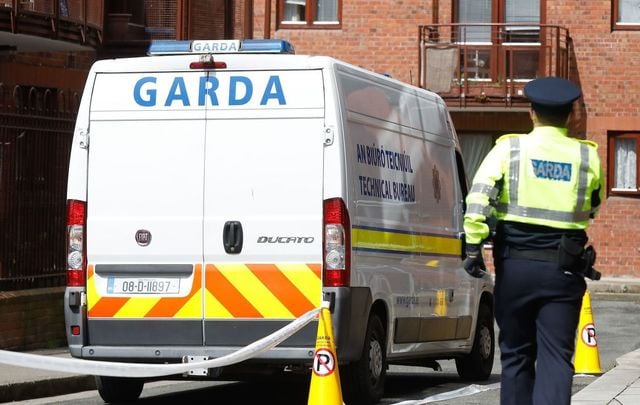 Gardai promptly responded to the tragic occurence in Clashmore, Co Waterford in the early hours of June 7. RollingNews.ie

The family of Mia O'Connell, a three-month-old killed in her home by the family dog, has thanked the public for their support as a crowdfunding page is launched to aid the bereaved family.

Mia O'Connell, aged just three months old, was killed in her bed by the family dog in the early hours of June 7.

As the baby girl was laid to rest on Wednesday in Youghal, Co Cork, her family has thanked the public for their support.

Diana Wood, the great-aunt of baby Mia told the local radio station, WLR FM, that you would never think something this devastating would happen in your family.

She told the station "[You think] it never happens to you, it’s always somebody else and to have it hit home and to see the tragedy and the loss is heartbreaking… words can't describe it."

She continued "From all the family we just want to say thank you, to the paramedics that were on the scene and the rapid response unit in Youghal that went, a massive thank you.”

Wood says the family is in no doubt that the emergency services did everything they could in their attempts to save the baby girl's life.

Mia's parents, Ella Woods and Rhys O'Connell, had just gotten engaged a few months ago. Woods told WLR FM the family was very much looking forward to their life together with their first child.

"[Ella] is in her 20s, she’s a first-time mum. She was looking forward to the first smiles and the first words and sitting up, everything a young mum looks forward to.”

Mia was found in a critical condition at the family home in the early hours of Monday, around 2 am. She was discovered by her aunt. The baby was sleeping in a basket on a double bed in an upstairs bedroom.

It is unclear how the dog, reportedly a husky terrier mix, gained access to the room.

The family immediately raised the alarm but Mia was pronounced dead at Cork University Hospital at 3 am.

The post mortem showed that the baby girl had died from severe head and neck injuries consistent with being attacked by a dog. Police confirmed that the dog had been destroyed on Monday evening. Police have said the key element in this tragedy is the background of the dog. An inquest expected to be held in 2022. The police urge anyone with information to reach out and assist them with their inquiries

Wood, along with friends and neighbors, have launched a fundraising appeal to help Mia's family. The fund, which aims to raise €2,000 will help the family deal with the costs of Mia's burial and funeral arrangements.

Wood explained "We have all heard [how] baby Mia lost her life in a tragic accident. I have put this GoFundMe together to help pay for baby Mia's send-off and to take some burden from the parents.

“Thank you to everyone who donates."