Australian article says Irish use potatoes as a form of currency 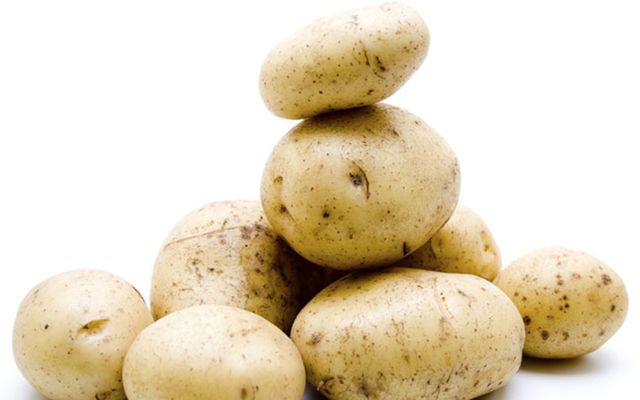 An article appearing in Australia’s Herald Sun newspaper last week that suggested the Irish use potatoes as a form of currency has sparked outrage in the Irish community.

Reporting on the Melbourne Cup horse race, journalist Matt Stewart wrote: “It’s worth $6 million and they swarm from everywhere, from rich countries like Japan to countries offering up not much more than potatoes, like Ireland, to win it.”

“This bizarre remark is at odds with Ireland’s role as a leading player in the global bloodstock industry,” said White. “The Irish horse-racing community enjoys excellent relations, based on mutual respect, with its counterparts here in Australia.

“Beyond that, and more importantly, it is deeply offensive to Irish people and to Australians of Irish descent. Mr Stewart should know better.”

Read more: Send a potato to your enemies’ business a runaway success

“Apologies to the Irish! Did not mean to offend with ‘potato’ line in M Cup wrap. Only meant economy/race prizemoney struggling! Sorry!,” he wrote.

The Irish Times reports that the horse that won the Melbourne Cup, Protectionist, is part-owned by three Sydney-based Irish families.

Monique Doyle, the daughter of co-owners Fergie and Delia Doyle wrote a letter to Stewart, which was also published in Sydney’s Irish Echo newspaper.

“After being paid a one way ticket to Australia by the Australian government to help boost the economy, [MY PARENTS]have since employed well over 400 people through their businesses started from scratch,” wrote Doyle.

She added: “Your brief Twitter apology did not wash well with the Irish community who deserve much more than that.”

Read more: Why are so many Irish memes still about potatoes and drinking?

Stewart says he is completely taken aback by the uproar over his comment.

“I am extremely surprised by the reaction,” he said in an email. “The ‘potatoes’ reference was an obviously flawed attempt to explain that while Japan’s racing economy is strong, Ireland’s has been devastated by tough economic times.

“The point I was trying to make was that rich or relatively poor racing countries (poor as in stake money not culture) were all chasing the $6 million on offer.

“I am more than comfortable with my clarification and feel any further anger from the Irish community or from anywhere else is disproportionate.

“To suggest the comment was ‘racist’, as some have, via Twitter is to me ludicrous,” he said.