The tunnel, which dates back to the 6th century, was damaged during an incident on Sunday, August 14. 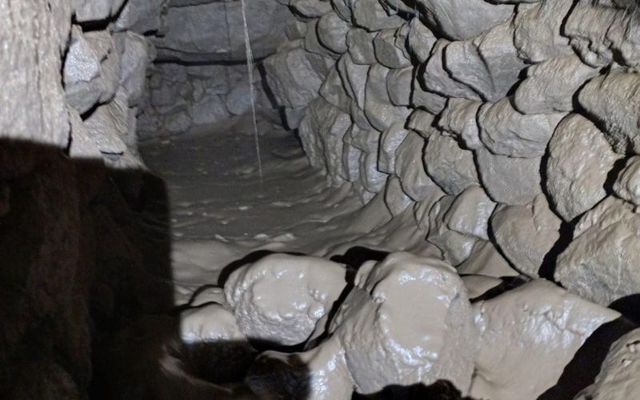 An ancient tunnel discovered in the Dublin suburb of Donabate has been vandalized less than a month after it was first discovered.

The tunnel, which dates back to the 6th century, was damaged during an incident on Sunday, August 14.

Local councilor Corina Johnston said on Facebook that a weapon was used to smash stones around the newly-discovered enclosure.

"I am absolutely appalled and very angry that the recent archaeology find at Corballis, Donabate has been damaged by thugs in recent days," Johnston wrote on Facebook.

"It seems a weapon (possibly a pick ax) was used to smash one of the large stones and other smaller stones around the enclosure into pieces with a huge gaping hole leaving the souterrain exposed to further destruction."

Johnston told the Irish Independent that a local man discovered the damage on the evening of August 14 and worked for three hours on his own to ensure the site wasn't damaged during thunderstorms forecasted for the evening in question.

The incident has been reported to An Garda Síochána amid calls for the site to be sealed, protected, and preserved.

Johnston has also said that she is "deeply concerned" that the tunnel could be undermined by a planning application that has been submitted to An Bord Plenála.

She said the Environmental Impact Assessment Report for the planning application was submitted in 2021, one year before the discovery of the archaeological site.

She added that An Bord Pleanála has informed her that it cannot take further comments or information on board concerning the planning application, even though representatives from the National Monument Service have visited the site and confirmed that it is a significant archaeological find.

"This archaeological find was discovered by locals in fields at Corballis, Donabate, in recent weeks. Duncan Smith TD and I reported this to The National Monument Service who visited the site and confirmed that this can be classified as a souterrain (underground tunnel), a significant archaeological find which has now been added to the online nonstatutory Sites And Monuments Record," Johnston said.

"The National Monuments Service confirmed the monument will be noted for consideration for inclusion in any revisions of the Record of Monuments and Places (RMP) which is a statutory record which affords a measure of legal protection under existing legislation."

Johnston said she has written to Irish Minister for Heritage Malcolm Noonan to outline the significance of the site and ensure that the site is protected and preserved. She has also called on Noonan to place a temporary preservation order on the souterrain and extended site.

"It would be an absolute disaster if the souterrain and the extended site was damaged or worse destroyed as a result of a permission being granted without reference to the recent historical find."

Johnston said runes from the Norse Futhark Alphabet were found on the tunnel ceiling, adding that the runes are even rarer than Ogham Stones.

Archaeologists have also found the remains of copper, charcoal, and bones in an enclosure located on the extended site.