The Ancient Order of Hibernians, the largest fraternal Irish organization in the US, has seen membership figures drop by 20% over the last decade due to an aging membership. 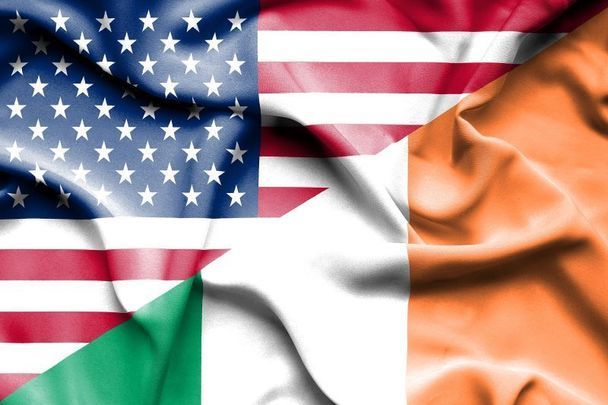 The Ancient Order of Hibernians is set to vote on whether to allow female members in a historic conference this July.

The AOH, which is the largest fraternal Irish organization in the US, has seen membership figures dwindle in recent years, dropping by 20% over the last decade due to an aging membership.

The organization will vote on whether to retain its long-standing male-only membership policy at a conference in Pennsylvania this July.

However, the Ladies Ancient Order of Hibernians (LAOH), which is completely separate from the AOH, is opposing the plan to admit female members, arguing that it would be detrimental to its own organization.

The LAOH wrote to the AOH last September to voice its opposition to the plan to allow female members, describing it "as an act of sabotage on the LAOH’s recruitment and ongoing growth".

Danny O'Connell, the current national president of the AOH, told the Irish Times that he was disappointed by the reaction from the LAOH and accused the organization of attempting to "undermine" the AOH.

"I’m hopeful the LAOH leadership and membership moving forward will embrace a proposal that would give women residing in America another opportunity to embrace their Irish heritage," O'Connell told the Irish Times.

AOH members believe that the new initiative would increase the organization's membership and also lower its age profile. The current average age of AOH members is now estimated to be over 50.

Some members believe that younger men are reluctant to join an organization that does not permit female members.

The AOH was established as a Catholic immigrant organization in New York in 1836 to protect the clergy and those who arrived from Ireland in the mid 19th century at a time when Catholics and immigrants faced persecution in the United States.

Members must be male, Catholic, and able to prove Irish ancestry, according to the organization's constitution.

The AOH Women's Auxiliary was established in the 1890s under the name the Daughters of Erin. The title was dropped in the 1980s before the men's and women's organizations formally separated in 2012 following a tax audit by US revenue authorities.

Like the AOH, the LAOH is confined to practicing Catholics of Irish descent as well as to the wife or mother of an AOH member.