Monsignor Laurence Flynn, the prior on Station Island on Lough Derg on the Donegal/Fermanagh border, will stay until the end of the pilgrimage season in August. 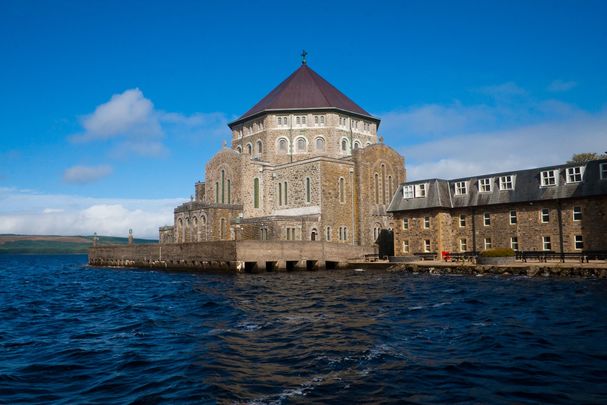 A lone priest determined that COVID-19 won’t end a centuries-old tradition of pilgrimages to an island known as St. Patrick’s Purgatory, went to the site this week, and says he will stay there until the end of the pilgrimage season on August 15.

Monsignor Laurence Flynn, the prior on Station Island on Lough Derg on the Donegal/Fermanagh border, started the traditional three-day pilgrimage on the site on Monday.

It is uncertain when, or if, Lough Derg island as it is commonly known, will be open to pilgrims this season because of coronavirus but Flynn, who removed his shoes to walk barefoot on the rocks in accordance with tradition, told RTE that recently he had received a great number of petitions for prayer.

For 1,500 years pilgrims have traveled to the island to pray where legend says Christ showed Ireland’s patron saint, Patrick, a cave that was the entrance to purgatory.

Flynn said that on the last weekend in June, he is inviting people to do the full pilgrimage with him from wherever they are.

He said it would not be a “virtual” pilgrimage, but a “virtuous” one in which people would fast and pray as if they were on the island. They can sign up online to do it.

Something similar happened around 100 years ago.  In 1921 about 250 detainees at a prison camp in Ballykinlar in Co. Down sought permission to perform the Lough Derg pilgrimage exercises in their camp. Two years later the same request was made by 194 Republican internees on board the prison ship Argenta moored in Belfast Lough.

On both occasions, because of the exceptional circumstances, permission was granted to “do” Lough Derg from afar.

The last time there was no pilgrimage season on the island was in 1828 when there was a dispute with boatmen over potions they sold to pilgrims. The prior of the day suspended the season. The ban worked and the following year even more pilgrims arrived at Lough Derg.

Flynn said he is determined to keep the tradition of prayer alive during this time of the pandemic.

He said, “Lough Derg is still here. At this time of year for many centuries now, pilgrims have come to this place apart, to this out-of-the-way corner of God’s creation.  They come to ‘do Lough Derg,’ to make space for the deeper things, to find peace, spiritual nourishment, and new direction on their journey of life.”

Here's a short TV piece on the Lough Derg pilgrimages:

Read more: Irish-American priest set to be beatified may have died of coronavirus