3,284 Americans applied for Irish citizenship in the first six months of 2022, more than double as the same period in 2021. 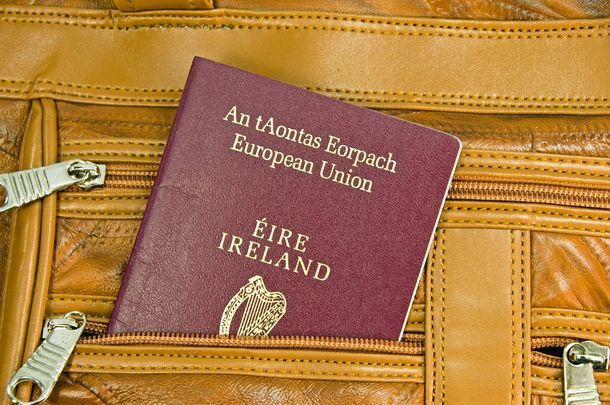 Most and more Americans are claiming their EU passports. Getty

The number of Americans applying for Irish passports has doubled in the past year, according to new government statistics.

A total of 3,284 Americans applied for Irish citizenship in the first six months of 2022, more than double the number of people who applied in the same period of 2021.

"Every time there's a huge political decision that has the potential to dramatically change the everyday life of Americans, we see a spike in searches from both sides of the political spectrum," she told Bloomberg.

Americans are seeking EU citizenship in greater numbers than ever before, Bloomberg reports, with roughly 40% of the US population eligible for EU citizenship.

Citizenship firm Arton Capital reports that the number of Americans seeking second citizenship has quadrupled in the last two years, adding that 20% of its clients are now Americans, compared to just 2% two years ago.

Several other citizenship consultancy firms have reported an exponential increase in the number of Americans applying for Italian and German passports. The Italian Consulate in New York, for example, currently boasts a waiting list of 3,700 people who are awaiting passports.

Giorgio Nusiner of the Italian American Citizenship Assistance Programme told Bloomberg that a new record is broken "every month", with demand doubling over the past 12 months.

"Since the end of last year we’ve noticed an incredible increase in demand, and politics is the main reason people cite for looking to get out," Nusiner told the publication.