Amber Dowling has been recognized for developing at the University of Galway a non-intrusive means of steadying hand tremors for those affected with Parkinson's disease. 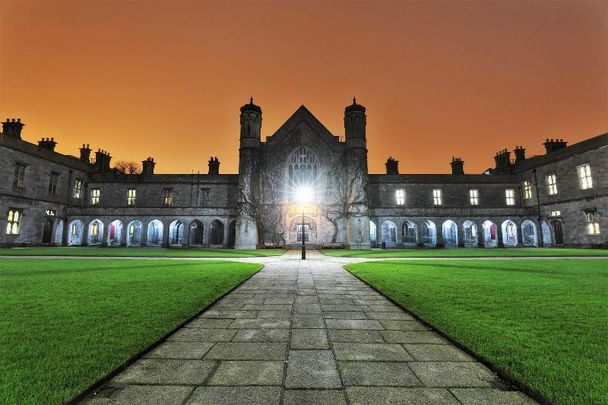 Amber Dowling, a University of Galway graduate, has been rated as one of the top 16 student engineers in the world for a project that will help people with Parkinson's disease.

Dowling developed a non-intrusive means of steadying hand tremors for those affected with Parkinson's disease by designing and 3D-printing a modified glove which attaches to the flange of a cobot, or collaborative robot, that can work alongside humans. With the software program Dowling wrote, the glove transfers the tremor energy to the cobot which filters out the tremors.

The work was developed as part of the final project for her undergraduate degree at the University of Galway.

After completing her professional experience work placement with Boston Scientific in Galway, the company continued to support Dowling’s use of their  cobot when she returned to school to complete her final year project, according to a press release.

Congratulations to University of Galway graduate Amber Dowling who has been rated in the top 16 student engineers in the world, with a Highly Commended award in the Global Undergraduate Awards for her work on a project to help people with Parkinson’s disease 👏 pic.twitter.com/zpurg8VydT

Dowling, who is from Slieverue, Co Kilkenny, said: “I am incredibly grateful to have received this award, and honored to be counted amongst the top 10% of engineering students in the world.

"I wanted to explore the use of collaborative robots outside of industry, and engage the possibilities of the symbiosis between humans and cobots.”

Dowling's final project was supervised by Dr. Martina Kelly, School of Engineering at University of Galway, and mentored by Julio Zanon, Engineering Fellow at Boston Scientific.

Dr. Kelly said: “Amber’s project was an excellent demonstration of the confluence of mechanical engineering, advanced automation, and human-centered design.”

Dr. Nathan Quinlan, Head of Mechanical Engineering at University of Galway, said: “This was a truly excellent feat of engineering by Amber, creating a solution for real human needs, to make lives better. It shows how placements, with industry partners like Boston Scientific, can help our students to launch their engineering careers.”

Dowling said she intends to continue her engineering career with cobots.

“Cobots have capabilities I feel aren't yet fully explored, and it's exciting to think of the developments ahead. I'm furthering my education in automation and controls, and hope to pursue it as a career. This project has shown me that there is much more to come in applications of cobots.”