Alanna Quinn Idris, 17, and her friend were attacked in the Ballyfermot area of Dublin by a group of four men armed with weapons. 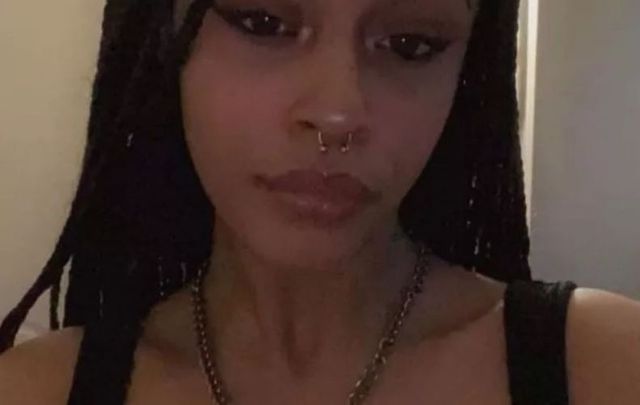 The family of a 17-year-old girl who was attacked by four men in Dublin has been told by doctors there is a 90 percent chance she will lose sight in one eye.

Alanna Quinn Idris was left with severe facial injuries - including a ruptured eyeball, broken bones to her cheek and eye socket, as well as broken teeth - during the shocking attack in the Ballyfermot area of Dublin.

Gardai, who are appealing for witnesses, said that at approximately 9:35 pm on December 30, a girl and boy aged in their late teens sustained serious injuries in the course of an incident in Ballyfermot. It’s understood they were approached and assaulted by a group of youths as they walked along Ballyfermot Road opposite the Community Civic Centre.

The two teens were taken by ambulance to St. James Hospital for treatment for their injuries. Three-hour emergency surgery was performed on Quinn Idris' eye but the damage is so extensive that there is a 90 percent chance she may never regain sight in that eye.

According to reports, the young woman was the target of verbal abuse from a man during a bus journey, and her male friend who she was with intervened to defend her. When they got off the bus the exchange continued and other men arrived onto the scene, at which point the attack became physical.

The group of four men was reportedly armed with a hurley stick, a saddle and seat post from an electric scooter, and a knife.

The male friend of Quinn Idris, who was also assaulted and suffered knife injuries, has been praised for trying to protect her. A local man had also intervened as Quinn Idris was being attacked.

The Irish Times reports that Gardaí investigating the attack suspect Quinn Idris had been harassed over a prolonged period by members of the group that carried out the attack.

Quinn Idris' mother said her daughter had been “tormented and harassed” by a large “group of young lads” from the Ballyfermot area since she was about 12 years old.

On January 2, Quinn Idris' father shared a photo of his daughter's injuries after the violent attack and asked for people to come forward if they have information.

My daughter was viciously assaulted by 3 men. 30/12. 10pm CivicCenter.
Ballyfermot
WithHurlingStick,MetalBar&Knife. If any1 saw anything, pls report it. She suffered broken bones & lost of sight She is going tru multiple surgeries. Pls pray for her 🙏🏾 pic.twitter.com/cXXtGWwcCz

A GoFundMe page has been organized in a bid to help Quinn Idris and the injured man. More than €50,000 has been raised to date, with donations set to be split equally between Quinn Idris and her friend.

Speaking on the page, Alanna said, "I just want to start this post off by saying thank you so so much to everyone who’s sent me a message over the past few days.

"I’ve been absolutely showered with love and support by so many kind hearts, I’m trying my best to reply to everyone as fast as possible but I just want to say that words cannot express how grateful I am for every single one of you."

Gardaí are continuing to appeal for witnesses of the assault and are particularly appealing to anyone who was in the vicinity of Ballyfermot Road on December 30 between approximately 9:15 pm and 10 pm to come forward.

A public vigil in support of Quinn Idris and her friend has been organized to take place at 11 am on Saturday at the Ballyfermot Civic Centre. It will be a family-friendly event and all are welcome to attend.