The funeral for Aoife Beary, one of the survivors of the 2015 Berkeley balcony collapse tragedy, will be held this week in her native Dublin. 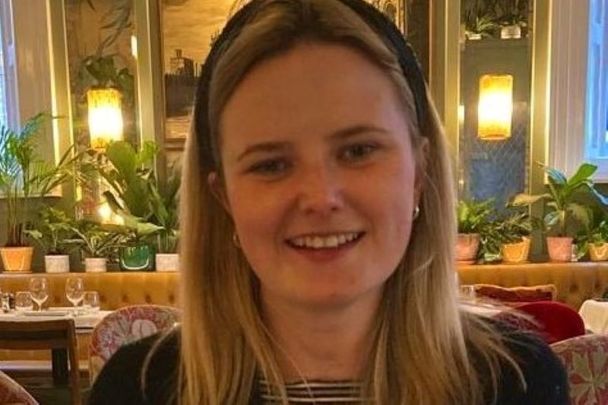 Aoife Beary, one of the survivors of the tragic Berkeley balcony collapse in 2015, passed away on January 1 at the age of 27.

Beary's family has issued a statement on January 3 via Walkup, Melodia, Kelly & Schoenberger, the California law firm which represented all of the injured victims, including Beary, and most of the families whose children died in this tragedy.

The Beary family statement says: "On the occasion of Aoife's death, we would like to take the opportunity to express our sadness at the loss of our darling daughter and to publicly reiterate our heartfelt thanks to all who supported Aoife and her family in the aftermath of the tragic events that happened at Library Gardens on the night of June 16th, 2015.

“We are especially mindful of the other victims of the Berkeley tragedy, not least the families of Aoife's friends who lost their lives that night when the 4th floor balcony failed without warning.

"Unknown to many, Aoife's life since 2015 was not easy. A series of subsequent health related complications as a direct result of the accident required her to repeatedly re-frame her expectations and to make ever more painful compromises with her ambitions for her future.

"Aoife's enduring ability to meet each challenge with determination, drive, resilience, and tenacity was a continuous source of inspiration and pride to us all.

“Our thoughts today are with all those who loved and cared for Aoife, our wider family and her many friends in Ireland and Oxford. To the Irish Diaspora and many Californians, too numerous to mention, who gave so much support to Aoife and her family in 2015– we are forever grateful.

"Our darling daughter Aoife's fight is over. May she finally rest in peace."

The Beary Family will be making no further comments, the statement said.

Massey Bros said that Beary's funeral mass will take place this Friday, January 7 in Foxrock, Dublin. The mass will be live-streamed from 10 am GMT on Friday here.

Beary's family has requested donations if desired to the National Rehabilitation Hospital, Rochestown Ave in Dublin.

On June 16, 2015, Beary suffered life-changing injuries when the fourth-story balcony she was standing on in Berkeley, California disintegrated beneath her feet.

Beary suffered a serious brain injury during the fall and was left with multiple broken bones and organ lacerations.

Beary went on to campaign to force building companies to release public safety records and in 2016, she testified before California's state legislature in a hearing to force contractors to be more transparent about legal claims against them.

The campaign revealed that the balcony had been built by a company that had paid out $26.5 million in construction defect settlements that were never reported to California's license board.

Beary had been studying for a pharmacology degree at UCD at the time of the accident and had recently been studying at Oxford Brookes University in the UK.