Alan Leblique, a garda who was targeted in a viral video by a prominent Irish conspiracy theorist in April, tragically died suddenly on January 4. 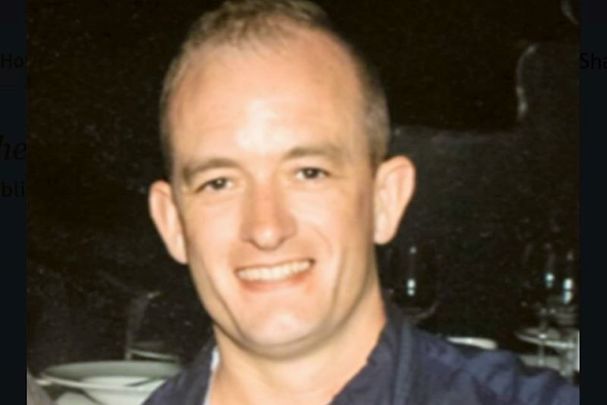 Garda Alan Leblqiue was remembered fondly by his friends, family, and supporters in the wake of his sudden death on January 4.

An obituary for Alan Leblique, a native of Enniskillen in Co Fermanagh who later settled in Dublin, read: “Beloved husband and best friend of Patrick, loving son of Sheila Parker and stepfather Kevin, much-loved brother of Gerry, Stephen, and Paul.

“Sadly missed by his sisters-in-law, nieces, nephews, aunts, uncles, relatives and many friends.”

The funeral for Leblique, who was only in his 30s, was held on Monday, January 11. While the service was private to his family in line with HSE regulations, a live stream of the service was viewed by thousands of people online. Condolences poured in online in the wake of his death.

On January 6, the International Police Association of Ireland said in a public Facebook post that a vigil, led by Garda chaplains Fr Joe Kennedy and Archdeacon David Pierpoint, was held the prior day outside Dún Laoghaire Garda Station where Leblique had been most recently stationed.

“Alan served his community as he lived his life, with pride and compassion," the Facebook post reads. "To his husband Patrick, family, and friends, we pass our condolences.”

On January 7, Paul Bloomer, a member of the Police Service of Northern Ireland (PSNI) and a close friend of Leblique, remembered him in a touching thread on Twitter:

Very sad to say goodbye to my dear friend Alan Leblique, who died suddenly on Monday. Alan was a consummate professional & one of the most polite, decent people I've met in the job. I was so proud that we got to march together in Dublin Pride in 2019 where this picture was taken. pic.twitter.com/lJ86iFcD7h

Bloomer continued: “Alan was well loved by the public he served & is the only police officer in these islands that I know of, that had a Facebook group set up in support of him after he was filmed standing up to protect the public. Watch it, you'll see how professional & calm he was under pressure.

“Alan was a son, a husband, a gay man, a fine police officer and my friend. The world is poorer for not having him in it. I'm absolutely heartbroken and devastated.

It is understood that Leblique was subject to a barrage of abuse that took a toll on his mental health after he was featured in a video live-streamed to thousands of people by Gemma O’Doherty, a leading figure in Ireland’s anti-mask and anti-lockdown movement who claims COVID is a "hoax."

The incident occurred in April during Ireland's first lockdown when people were ordered to stay at home and could only travel up to 2km outside the home to exercise. O'Doherty, protesting the lockdown measures, confronted Leblique and his partner in the video that spread across social media.

In the live-stream video, O'Doherty repeatedly reads out the gardai's badge numbers and says that "a report will be made to GSOC [Garda Síochána Ombudsman Commission, an independent statutory body]."

She goes on to label the gardai as "tyrants" and tells them "we are your masters."

"Stop intimidating the people of Ireland," O'Doherty says, adding, "the Irish people have had enough of it."

"You don't speak for the Irish people," Leblique replies.

"Really? We'll see about that," O'Doherty says. She continues, "Absolute scum of the earth these people, look at them."

DublinLive reports that while Leblique was subject to online harassment after the incident, he also received messages of support, which he took the time to personally respond to.