The Aer Lingus service will begin next year and will run four times a week between Cleveland Hopkins International Airport and Dublin Airport. 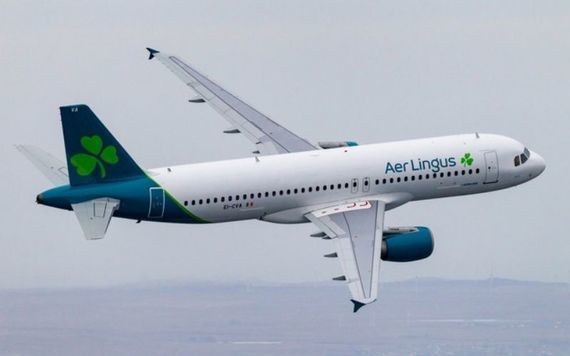 Aer Lingus has announced a new non-stop route between Cleveland and Dublin, reconnecting Cleveland with Europe for the first time in four years.

The service will begin on May 19 next year and will run four times a week between Cleveland Hopkins International Airport and Dublin Airport using Aer Lingus's Airbus A321LR aircraft.

Reid Moody, the airline's chief strategy and planning officer, said in a statement that the new route was part of Aer Lingus's plans to develop its transatlantic service.

"This is a significant announcement for Aer Lingus as we deliver on our ambition to grow our transatlantic network," Moody said in a statement.

"The commencement of a new route, accompanied with further network connectivity, is an exciting milestone for the airline during a critical time of recovery for our business. The new service to Cleveland not only provides a direct connection to Ireland but connections to over 20 popular European destinations via our Dublin Hub."

The new service will operate on Mondays, Wednesdays, Fridays, and Sundays, departing Cleveland at 8:20 p.m. and arriving in Dublin the next morning at 8:50 a.m. local time.

The return flight will depart Dublin Airport at 3:30 p.m. and arrive at Cleveland at 6:50 p.m.

The new service will be Cleveland's first direct link to Europe since 2018 when Icelandair and Wow Airlines both terminated their service between Keflavik Airport and Cleveland.