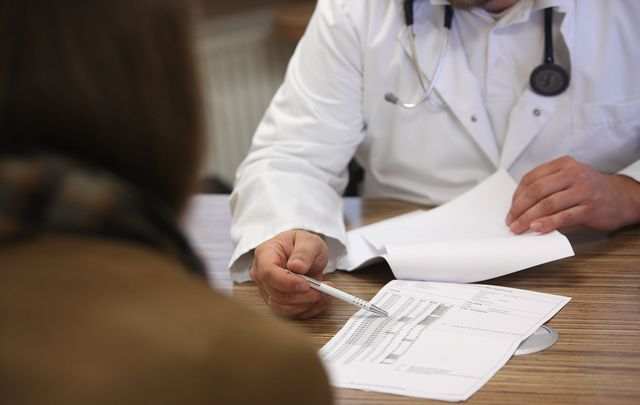 Doctors in Ireland are concerned about guidelines for abortion services Getty

Abortion services in Ireland will be available as of January 1

Abortion services are due to be available in Ireland legally for the first time as of January 1, but some doctors are concerned about the guidelines.

Read More: Abortion guidelines to be outlined by key medical bodies on Monday

The Irish Times reports that two separate but overlapping publications by the Health Service Executive have some Irish doctors expressing concerns about the guidelines for abortions being provided to younger girls.

As per the guidelines, girls under the age of 15 will be able to access abortion services without the consent of their parents only in “exceptional circumstances.” In such cases, a doctor will have to complete an assessment.

The news of these guidelines comes less than two weeks before abortion services are due to be available in Ireland legally for the first time ever.

One doctor said: “To receive this 10 days before the service is introduced is deeply disturbing. This has not been widely discussed by clinicians.”

The same doctor added: “The concern relates to not having an adult involved in the decision, not the termination of pregnancy.”Another clinician questioned whether Minister for Health Simon Harris had “taken leave of his senses.”

“No doctor in his right mind would undertake a termination in these circumstances without getting a legal ruling. There has been no significant discussion of these issues.”

The guidelines also indicate that girls aged 16-17 who are seeking an abortion but do not want to involve an adult will be able to get one without any restriction as to circumstances. Doctors can proceed “only if they are confident that you [the patient] understand the information and you can give valid consent.”

A question-and-answer section in the guidelines says: “Young people, aged under 18 years, are encouraged to involve their parents or another supportive adult.”

As per current Irish law, doctors must report to Tusla (the Child and Family agency in Ireland) the following instances: girls 14 or younger who have engaged in sexual activity; girls 15 or 16 who have engaged in sexual activity with someone at least two years older; girls who are 17 or younger whom the doctor suspects risk of being sexually abused or harmed.

In situations where a doctor conscientiously objects to providing an abortion, the doctor must “as soon as possible refer you [the patient] to another doctor who does provide abortion services.”

Abortion services are due to be available in Ireland as of January 1. So far, only 106 of 4,000 general practitioners have signed up to provide the service via a helpline.

Only nine out of 19 maternity units say they are ready to offer terminations from January 1.

Speaking to journalists, Taoiseach Leo Varadkar said the full service would not be available everywhere in Ireland as of January 1, “but it will be available and phased in and stepped up as the year goes through.”