Aaron Brady has denied killing Detective Adrian Donohoe, who was shot in Co Louth in January 2013. 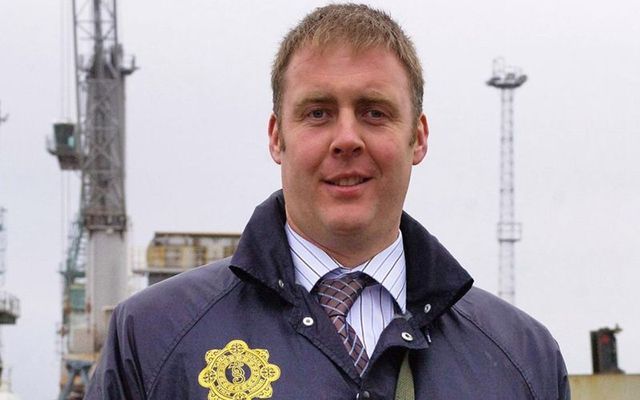 Irish man Aaron Brady, who for a period lived in New York, began presenting his defense evidence at a court in Dublin this week.

Aaron Brady, who denies charges of murdering Detective Adrian Donohoe in 2013 and the robbery of €7,000 at a credit union, started his defense evidence at his Dublin trial on Monday.

He also admitted lying to Gardaí (Irish police) about his movements the night of the killing but said it was so as not to implicate himself in another crime, diesel laundering.

Brady described Cahill, who has denied any involvement in the assault, as a “lying psychopath.”

During his first day of evidence, Brady swore on his son’s life that Cahill was one of a group of men who broke into his New York apartment and assaulted him.

Brady further denied that he ever admitted to Cahill that he had shot a garda in Ireland.

He described the claim as “ridiculous” and added that he never liked Cahill and, after the alleged assault, was terrified of him.

Brady told Judge Michael White and a jury that he was at a diesel laundering yard in Co Armagh at the time Donohoe was shot dead at a credit union in Lordship, Co Louth.

Brady, 29, from New Road, Crossmaglen, Co Armagh, has pleaded not guilty to the capital murder of Donohoe who was on active duty on January 25, 2013, at the credit union.

Brady has also pleaded not guilty to a charge of robbing approximately €7,000 in cash and assorted checks on the same date and at the same location.

Brady denied participation in the robbery and the murder and told his barrister he was not involved in the theft of a car from outside a house in Clogherhead, Co Louth, in the early hours of January 23, 2013. The prosecution says this car was later involved in the credit union robbery before being burned out across the border in Armagh.

Brady recalled being stopped by Sergeant John Moroney on the afternoon after the robbery and accepted that he lied when asked to account for his movements and asked his girlfriend Jessica King to lie about his movements too.

He further accepted that he lied again to Gardaí 10 days later when he gave a statement saying that he had gone to the diesel laundering yard but only stayed there for about 15 minutes.

He said he was worried about implicating himself in diesel laundering and “it wouldn’t look good” for his father, who was chairman of Crossmaglen Rangers GAA Club in Co Armagh.

Brady said he left Ireland for America in April 2013, about two months after the robbery. He first went to Boston and later to New York where he found work with Irish construction firms.

Asked about Cahill, Brady said he was a bartender at a pub in the Bronx which he visited occasionally.

Cahill has told the trial that Brady told him on three occasions that he shot a garda. He also denied any involvement in the assault on Brady on St. Patrick’s Day 2015.