Remembering a Sligo man killed in the World Trade Center

The remains of Sligo man Kieran Gorman were found on March 19, 2002, ending an agonizing six-month wait for his family and friends. 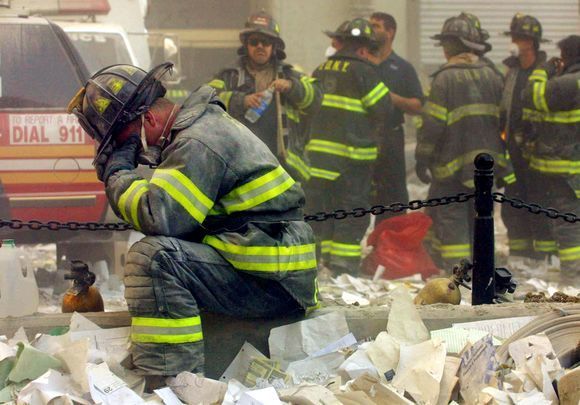 The remains of Sligo man Kieran Gorman were found on March 19, 2002, ending an agonizing six-month wait for his family and friends.

His family held a wake for him in Hodder's funeral home on McLean Avenue, not far from the Woodlawn home which Gorman had shared with his wife Ann and two young sons, 3-year-old Barry and 18-month-old Gavin.

Tragically, he never saw his third son, Kieran, who was born in November, two months after the attacks.

Speaking before the funeral in Ireland, his brother John Gorman said, "Our prayers have been answered. The one wish we have had since September 11, other than that he might be found alive, was that we would have a body."

Gorman, the second youngest of a family of five, had not been heard from since he called his wife within minutes of the first attack on the World Trade Center, where he was working on the 97th floor of the South Tower with the construction company Structure Tone.

Tragically, he had only returned to New York the day before. He was not supposed to start back to work until Friday but he had been called in unexpectedly.

At home in Woodlawn, his wife was still unpacking the bags from their trip home when Kieran rang and asked her if she was watching the television.

She had no idea it would be their last conversation. He said he would try to get out but he was never heard from again.

Speaking at his memorial Mass in the Bronx in 2001, friends said that Gorman had planned to return home to raise his children in Ireland.

Instead, his wife brought him home to bury him beside his late father Sean in Courtabbey Cemetery in Co. Sligo.