47 Donegal families homeless after floods of the century

Like in Houston, it’ll be a long time before things are completely back to normal for some folks in Donegal. 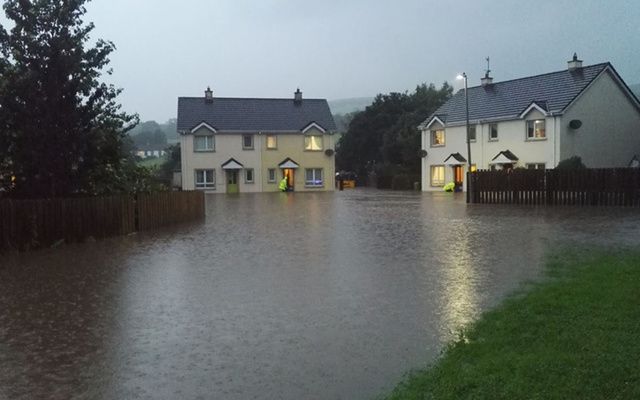 And as is the case in Houston, which has been devastated by Hurricane Harvey, it will be a long time before things return to normal for these families, if ever.

Donegal County Council [local government] revealed that, sadly, the families “will not be able to return to their homes for some time” due the extent of the devastation.

Speaking to IrishCentral, Burnfoot resident Stephen O’Donnell, who set up a GoFundMe page to help victims of the flooding, said that some families had been temporarily housed 15 miles away from their homes.

“They just can’t get anywhere local,” he explained.

“There’s [one family of] six living in a one bedroom flat.

“The problem is that a lot of these kids are starting school on Thursday.”

Many of the kids don’t even have the clothes to attend school and will have to rely on donated items.

The Inishowen peninsula – Ireland’s most northerly point – was particularly badly hit and most of the 47 displaced families hail from the area – 21 come from the small village of Burnfoot and a further 12 live in nearby Buncrana. One each live in Carndonagh, Clonmany, Malin and Muff.

Read More: Ireland hit by worst rains in a century

Earlier, Taoiseach (Prime Minister) Leo Varadkar visited the flooded parishes and said that extra funds would be made available to the county council to help them cope with their response.

O’Donnell believes in light of the dire situation the Irish Government is doing the best it can.

“They’re doing what they can, at the end of the day there’s a lot of people that [need help]. They are working to get them accommodation.

“The big decision for the council and for the government is what are we going to do with the area that’s been flooded?

For him the solution is adequate flood defenses but for that the Government in Dublin will have to stump up the cash first – something it may well decide against.

Take a look at the video below to see for yourself how bad the flooding is.