John Brennan, from Ennistymon in County Clare, was killed on his family farm on April 23 last year when he was off school during the first lockdown. 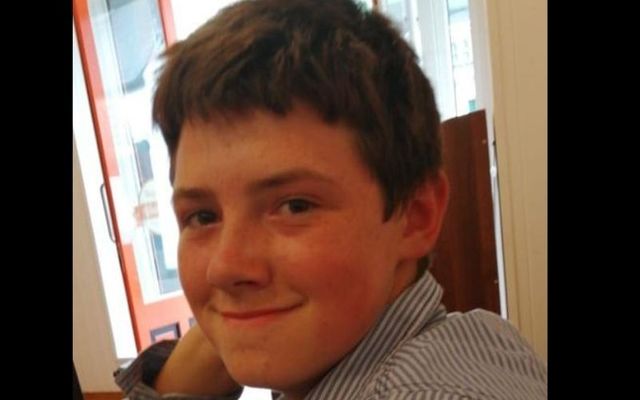 A 13-year-old schoolboy in County Clare was tragically crushed to death during Ireland's first coronavirus lockdown last year when he lost control of his father's tractor while driving down a steep slope, an inquest has heard.

John Brennan, from Ennistymon in County Clare, was killed on his family farm on April 23 last year when he was off school due to the coronavirus pandemic.

The first-year student was driving down a steep and slippery slope at the farm when he lost control of the tractor, causing it to overturn and roll almost 30 meters before landing on its side.

Units from the Clare County Fire and Rescue Service and the National Ambulance Service attended the scene, but the teenager was pronounced dead at the scene.

On Thursday, Garda Brendan Condon told an inquest in Kilrush, County Clare, that the tractor was "too far forward on the slope" and that Brennan was unable to maintain grip on the severe slope and slippy ground.

Garda Inspector Helen Costello told the inquest that the incident was a "tragic death".

Brennan asked his father David if he could help his uncle Michael and his grandfather JJ collect turf on the morning of April 23, 2020, since he was off school due to the pandemic.

His father told the inquest that he dropped John off at his grandparent's home in Moughna, County Clare, at around 7:30 a.m.

David Brennan said that he drove off without waiting to see if John entered the home because his son usually let himself into his grandparent's house.

Instead of going into the home, however, John went straight to his father's tractor and was able to drive it as the keys were left in the cab.

The inquest heard that John didn't have permission to use his father's tractor, while John's uncle Michael told the inquest that he could see his nephew driving the tractor in the distance and drove after the 13-year-old in his car.

Michael told the inquest that he heard a loud noise before reaching the slope where John lost control of the tractor and that he saw the tractor on its side with John still in the cab.

He said that he approached the tractor and searched for a pulse but "could feel nothing".

David Brennan said that he received a call at 8:32 a.m. and that he drove immediately back to the farm in Moughna.

"I ran across the field to where the tractor was – I could hear people calling me back but I wasn’t going to stop," he told the inquest.

He said that he also searched for a pulse but could not find one, while he checked his son's chest to see if he was breathing.

John was pronounced dead at the scene at 9:45 a.m.