A number of famous Irish institutions in the borough have shuttered during the pandemic, including the Mean Fiddler near Times Square and Foley's in Midtown. 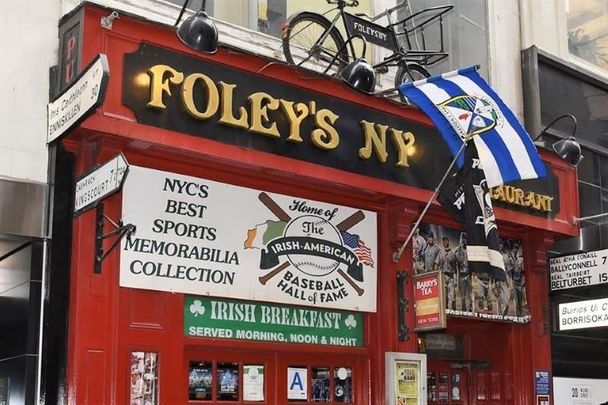 Foley's announced in May 2020 that it would be closing for good. Foley's Facebook

More than two dozen Irish bars have closed in Manhattan since the outbreak of the Covid-19 pandemic, according to a New York bar guide.

Sean Murphy, of the New York bar resource MurphGuide, told the New York Post that at least 25 Irish bars have shuttered in Manhattan over the past two years, stating that he "stopped keeping track" because it "got too depressing".

A number of famous Irish institutions in the borough have shuttered during the pandemic, including the Mean Fiddler near Times Square and Foley's in Midtown.

Shaun Clancy, the former owner of Foley's who announced the bar's closure in a video posted on Facebook, told the New York Post that the outbreak of the pandemic came at exactly the wrong time, adding that the busy March period helped to cover the expenses of five quiet months.

Foley's used to make roughly $25,000 in March thanks to the St. Patrick's Day celebrations, the opening day of the baseball season, and the NCAA basketball tournament, Clancy said.

Clancy said the video announcing the closure of his bar was the "hardest thing" he ever had to do.

The New York Mayor's Office of Nightlife told the New York Post that the number of Irish, Scottish, and British-style pubs in the Big Apple have fallen by 10% compared to the pre-pandemic total of 331.