Inspired by their travels a couple set up a business selling authentic Irish products in the US. 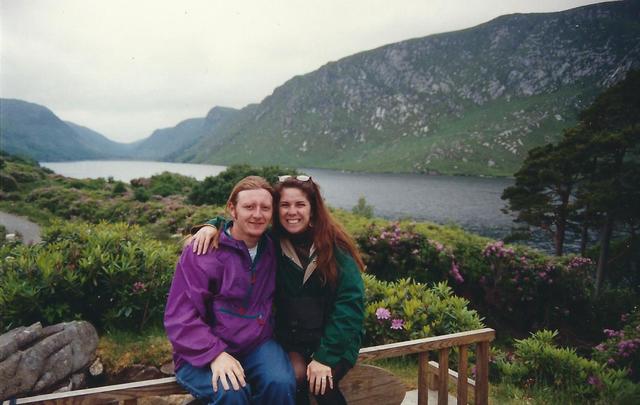 Inspired by their travels around Ireland, a couple set up their business Real Irish Gifts & Travel, with the inspiration to bring genuine Irish products to the American market and beyond. This dream came true and today they celebrate Ireland 365 days a year.

Stuart Marley and Meredith McGehee dreamed up the idea behind Real Irish Gifts & Travel in 1991 when they spent the summer crisscrossing Ireland. At the time Ireland was just at the beginning of the Celtic Tiger, the economic and development boom from the 1990s to early 2000s. Everywhere Stuart and Meredith traveled, they saw interesting artisans and crafters creating beautiful things. Yet when they returned to America, they couldn’t find those same wonderful items in Irish stores. So they thought, why not start a business importing those unique Irish-made items? 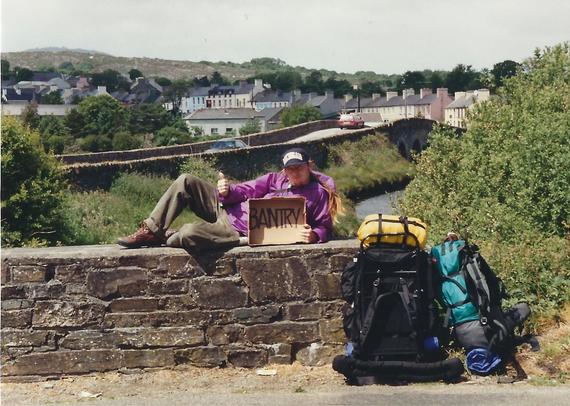 Stuart outside Skibereen, County Cork in 1991

Originally founded in 1999 as Out of Ireland, the early years were devoted to spending the summers traveling across the U.S. with their two young children (Liam and Áine). Together they set up booths at Irish or Celtic festivals and would sell their imported wares there. They found Irish festivals to be a lot of fun because of the thousands of enthusiastic people who love Ireland, Irish culture, and appreciate finding unique products for sale. 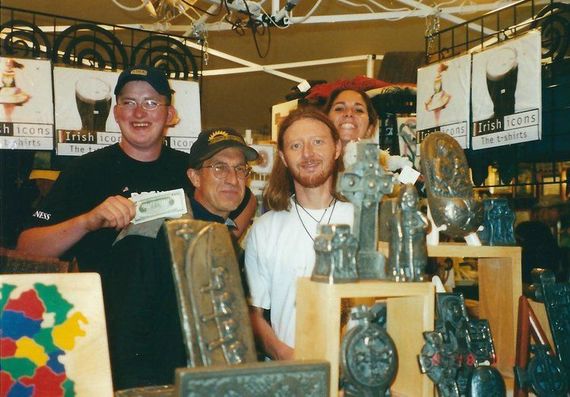 Real Irish Gifts selling at the Milwaukee Irish Festival in 2000

Starting small, next was a custom-made kiosk in the lobby of a historic building on Main Street in downtown Ann Arbor, Michigan. Ann Arbor is a college town and is home to the University of Michigan which brings in students and faculty from all over the world, giving this relatively small city a cosmopolitan feel. After a few years, Stuart and Meredith changed the business name to Real Irish and in 2004 began selling online, first at Out-of-Ireland.com and then at Real Irish.com. This part of the business has grown significantly and is set for another successful year in 2021. Check out the current St. Patrick's Day Promotion. 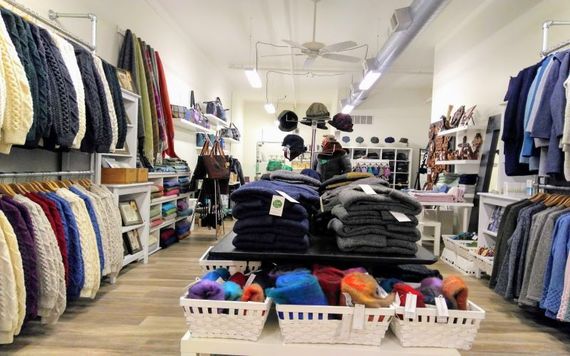 Inside the shop of Real Irish Gifts & Travel in Michigan

As Real Irish developed a loyal following, customers began asking about tours to Ireland. Both Stuart’s parents are from Donegal and having spent summers in Donegal as a child and traveling all over Ireland as an adult, Stuart was enthusiastic about showing people around the country that is so special to him. First and foremost, Stuart wanted to plan for only small group tours so that people could get a personalized experience, including a mixture of perennial favorite attractions in addition to lesser-known, off-the-beaten-track stops.

In October 2016 Stuart and Meredith led the first group on the Emerald Isle Discovery Tour. With 5-star hotels, including staying a couple of nights in a historic castle-hotel, and farm-to-table dining, Stuart shows off the best of Ireland, along with the lively raconteur of a local driver and guide. That first tour was a resounding success and many of the original tour group members have taken additional tours with Stuart to Ireland, Wales, and Scotland. Of course, the Covid-19 pandemic put a stop to international travel but Stuart is busy planning tours for 2022 when it is safe. Check out Real Irish Travel for more information. 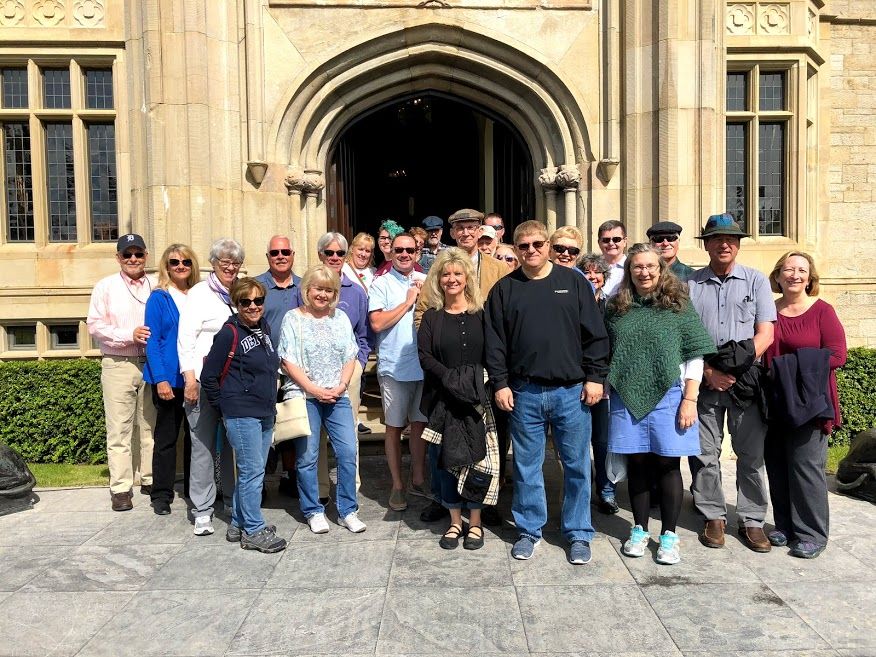 Stuart scours the Emerald Isle for unique Irish-made products that honor the traditions of Ireland’s past, with an eye towards items with a bright future. Over the past couple of decades, Stuart has built strong business relationships with many top Irish producers, crafters, and artisans. Customers appreciate knowing that products are made or designed in Ireland and the British Isles, made by people who earn a  fair wage and work in good conditions, which is unfortunately not true for many imported goods. Real Irish is proud to have more than 450
verified 5 Star Google Customer Reviews. 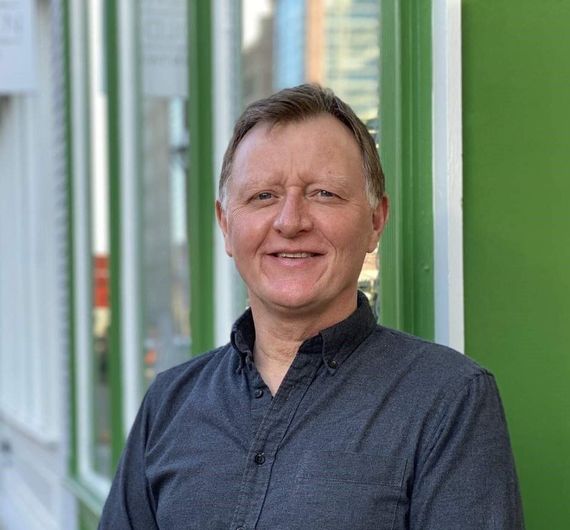 Their most popular products include Irish caps and hats (probably the largest selection in the US with an emphasis on Hanna Hats of Donegal), Inis the Energy of the Sea unisex cologne and handknit traditional Aran sweaters. Including clothing for men and women from Irish brands such as Fisherman Out of Ireland and Ireland’s Eye Knitwear, as well as an extensive range of jewelry and gift items from Ireland.

You can find out more about Real Irish Gifts & Travel by checking out their website.