33% of adults in Ireland eat the daily recommended servings of fruits and vegetables, according to the latest OECD Health at a Glance 2022 Report. 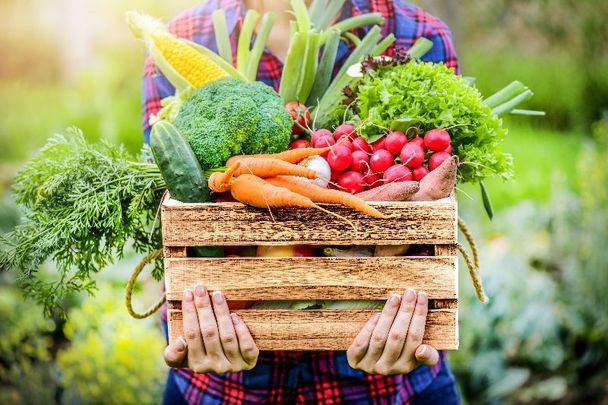 More adults in Ireland eat fruits and vegetables per day than adults in other EU countries, says report. Getty Images

Adults in Ireland eat more daily portions of fruit and vegetables than in any other EU country, according to a report released by the Organisation for Economic Co-operation and Development (OECD).

33% of adults in Ireland consume the recommended five or more portions of vegetables per day, while 48% consume between one and four portions daily.

Across all EU member states, just 12% of adults consume the recommended five or more portions of fruit and vegetables per day.

The figures are included in the latest OECD Health at a Glance 2022 Report which was published in December 2022.

According to the report, "Regular consumption of fruit and vegetables is an important element of a healthy and balanced diet, and is associated with lower risk of cardiovascular diseases and certain types of cancer.

Elsewhere in the report, Ireland's progress in reducing smoking rates over the last decade was highlighted.

In 2020, almost one in five adults (19%) across EU countries smoked daily, in comparison to 16% of adults in Ireland.

Smoking rates in Ireland dropped by eight percentage points from 24% in 2010. This is the second largest drop across EU countries, behind Estonia which saw its smoking rates fall from 27% in 2010 to 18% in 2020.

Mortality rates from PM2.5 were highest in Central and Eastern Europe with premature death rates at least 50% higher than the EU average of 69 per 100,000.

In addition, the report reveals how Ireland’s public coverage of pharmaceutical costs is among the most generous in the EU.

The report also praises Ireland’s swift implementation of the COVID-19 vaccination programme, which is estimated to have reduced deaths by 70%.

By the end of 2021, the average EU vaccination rate was 77% of the population, but more than 90% of the adult population in Ireland completed an initial vaccination course.