Artwork and furniture from Ireland's five-star hotels up for auction 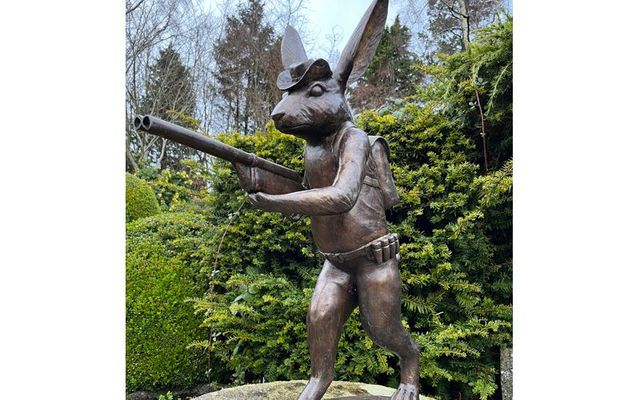 Furniture, art and collectibles from Ireland’s most iconic five-star hotels will go up for sale to the public in a massive online auction.

During the pandemic, many hotels used the enforced downtime to undergo needed refurbishments. Now the former contents of these hotels are going under the hammer.

The auction will include a treasure trove of furniture, artwork and collectibles from Dublin’s Four Seasons, (now Intercontinental) Westin and Trinity City Hotels, Glenlo Abbey in Galway and Powerscourt Resort and Spa in Wicklow.

Memorabilia from the famous Buck Whaley’s nightclub and Larry Murphy’s pub in the capital is also up for grabs.

“All of these hotels and bars were refurbished during COVID, when their doors were shut and the contents moved to storage,” said antiques dealer Niall Mullen, who is organizing the auction with Kieran Murray.

“Already, it promises to be one of the most interesting auctions of the year.

“Taking on a hotel auction is tricky, but when they all come together like this, they work.”

Mullen, who previously coordinated the sale of the contents of Dublin’s Morrison and Berkeley Court hotels, added: “This certainly won’t happen again, it is purely a product of COVID and the unprecedented effect it had on the hospitality industry."

Items in the auction include:

The public can physically view the lots at 67 Prussia Street, Dublin, from now until Monday, January 16. The online auction begins at 2pm on January 17 and 18.