Dublin has some of the most picture-perfect homes in Europe, according to Pinterest data

Dublin ranks among the top 15 European cities with the most picturesque homes, according to a new study. 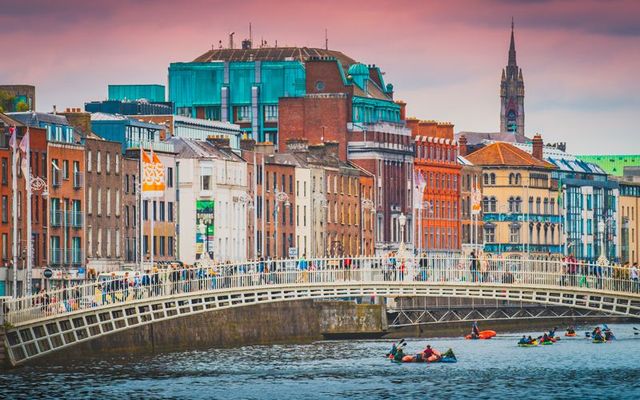 Dublin fared well in a new study from Alan Boswell Landlord Building Insurance that utilized Pinterest to uncover the cities in Europe with the most picture-perfect homes.

The experts analyzed the total number of home-related pins and boards on the popular image-sharing site to assign a final ‘aesthetic home score’ for each city to get the rankings.

Intrigued by a 50 percent surge in searches for "most beautiful European cities," Alan Boswell Landlords Building Insurance wanted to find out which cities in Europe were in fact the "most beautiful."

Their experts tallied up all the pins and boards on Pinterest which pay homage to a city’s housing and architecture and used the results to rank which European cities have the prettiest homes.

(All data was collected on November 8, 2022 and is accurate as of that date.)

So which European cities have the most picture-perfect homes?

Ireland's capital, Dublin, ranked 11th on the list with the most beautiful homes (7.92/10), with the city’s juxtaposing architectural styles earning 9,249 pins and 179 Pinterest boards. 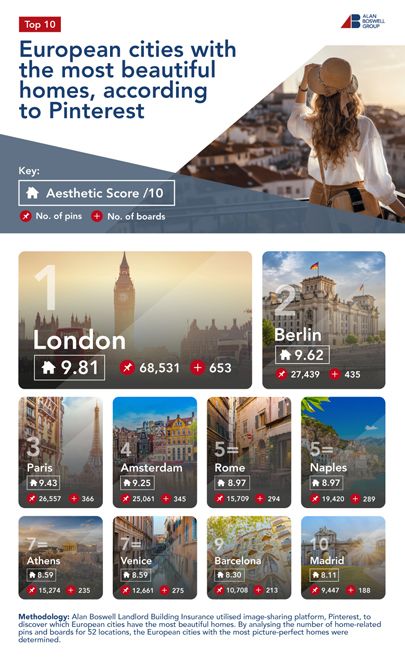 London topped the list as Europe's most beautiful, followed by Berlin and Paris

England’s capital earned a near-perfect ‘aesthetic home score’ of 9.81/10. The city features on a whopping 68,531 pins and 653 Pinterest boards to date.

You can see the complete findings of the 'European cities with the most beautiful homes, according to Pinterest' study online here.