Dublin 8, primarily located on the south side of the River Liffey, ranked 15th in Time Out's annual rankings. 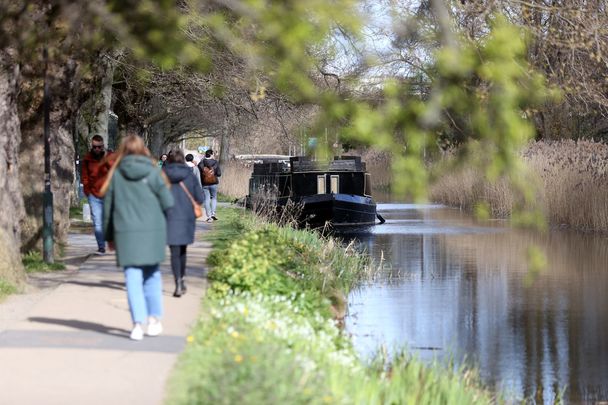 The Grand Canal at Portobello in Dublin 8. RollingNews

A Dublin postcode has been ranked as the 15th coolest neighborhood in the world by Time Out magazine, placing above major cities such as Paris and Amsterdam.

Dublin 8, primarily located on the south side of the River Liffey, ranked 15th in Time Out's annual rankings.

The magazine polled 27,000 people across the world to come up with its 49 Coolest Neighborhoods in the World, while local experts were also asked to rank their favorite places for food, fun, culture, and community.

Time Out said that the area captures the essence and charm of the Irish capital at a time when the city is being built up with "cookie-cutter hotels and skyscrapers".

Dublin 8 has retained much of its original architecture, according to Time Out, while there have also been plenty of positive changes to the area over the past year.

The magazine notes that the neighborhood is brimming with vintage stores and bric-à-brac shops in addition to street art, markets, cafés, and restaurants and recommends a visit to The Fumbally, a dog-friendly café with delicious coffee. It additionally encourages people to take a walk in the War Memorial Gardens or the Phoenix Park.

The magazine also recommends a trip to the Irish Museum of Modern Art and a visit to one of the area's many distilleries, including Teelings, Stillgarden, and the Pearse Lyons Distillery.

Time Out adds that Lucky's Pub has been transformed into a cultural hotspot in the area and encourages people to visit the "Wild Lights" art installation when it opens at Dublin Zoo on October 28.

The magazine ranked Nørrebro, Copenhagen as the coolest neighborhood in the world for 2021, with Andersonville, Chicago, and Jongno 3-ga, Seoul rounding out the top three.