A new study from Lottie.org has revealed the top cities in the UK to find love over 65. 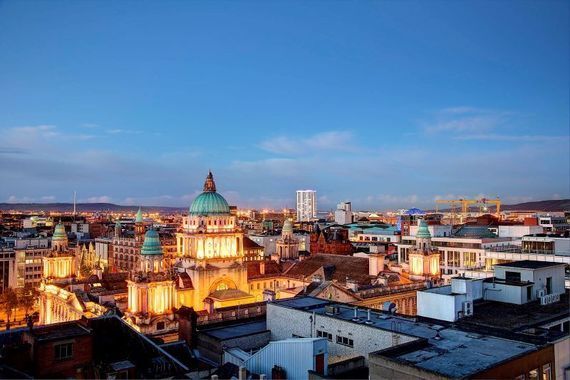 If you're over 65 and looking for love, you might consider moving to Belfast. The Northern Ireland capital has been named one of the best cities in the UK for senior singles.

A new study from Lottie.org has revealed the top UK cities to find love over 65 and Belfast ranked in the top 20.

According to the report, the number of UK singles over the age of 65 reached approximately 4.19 million last year. And in the past few months, Google searches for “best senior dating sites” has surged by 50 percent.

Experts looked at the number of senior users on the online dating platform Match.com, as well as the over 60s population in cities around the UK, to discover the top dating hotspots for retired singles.

Belfast, which received a final ‘senior dating score’ of 6.6/10, ranked joint 16th best city for senior singles. It shares the ranking with Brighton and Stoke-on-Trent.

Overall, Manchester earned the top spot for senior dating. Earning a final ‘senior dating score’ of 9.2/10, the city's number of Match.com users over 60 (9.8/10) is the second highest in the country. Further contributing to this is the remarkably high proportion of over 60s Match.com users to the city’s senior population (10/10).

Liverpool, Glasgow, Bristol and Newcastle upon Tyne rounded out the top five.

Unfortunately, 30 percent of the bottom 10 cities for senior dating are from Northern Ireland.

The worst city for the over 60s seeking love is Lisburn (0.9/10). Having the third lowest senior users on Match.com (0.3/10), the Northern Irish city sees only 43 out of all 34,436 senior singles actively looking for love, thus scoring an underwhelming 0.5/10 in this regard.

Newry was the second worst city, achieving a final ‘senior dating score’ of only 1.1/10. Despite the city’s over 60s population being slightly bigger than Lisburn (2.9/10), its Match.com users score lags behind (0.2/10), bringing about a disappointing proportion score of 0.2/10.